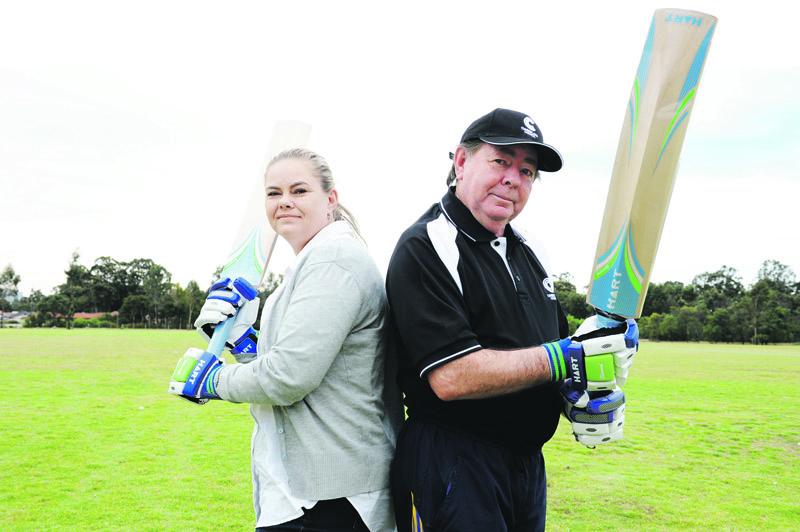 ACCUSATIONS of ‘skullduggery’ including a call for an audit of the playing lists have been flying ahead of this Saturday’s much-anticipated charity cricket match between Cumberland Council and the City of Parramatta.

Family bonds will be set aside as the captain of the Cumberland XI, Cumberland Councillor Paul Garrard told the Review that Parramatta’s captain, Deputy Lord Mayor Michelle Garrard, should expect “no quarter”.
“This is going to be a hard tussle. There will be bouncers and bandaids,” he added with a laugh. Full story in sport.
CONTESTED boundaries may be the heart of the rivalry between neighbouring Cumberland and the City of Parramatta councils, however this Saturday the competition shifts to the cricket pitch.
In a time-honoured tradition, the sledging began early with an “outraged” captain of the Cumberland XI, Councillor Paul Garrard, accusing Parramatta’s captain, Deputy Lord Mayor Michelle Garrard, who just happens to also be his daughter, of “stacking” her team.
With his tongue firmly in his cheek, he noted that his daughter’s team included senior members of the premiership winning Parramatta Cricket Club.
“I would have thought on a Saturday they would be out representing their club (not the council),” he added with a laugh.
“I wouldn’t be surprised if Dougie Waters wasn’t in there.
“I’ve always said the City of Parramatta needed a good auditor and they need auditing through this team’s list.”
Well into the competitive spirit, he also declared that Cumberland were “not going to pull up stumps until we get it right”.
Urging residents to get along to the George Parry Oval in Mona Park this Saturday, September 21, from 1pm to show their support, he noted that unlike Cumberland’s council meetings, the match would not be streamed online.
“It’s all in good fun, and we hope it’s the beginning of a great relationship going forward,” he said.
Admitting he felt “quietly confident”, Cumberland Mayor Greg Cummings said while this was the first game to be played between them since the 2016 mergers, the longer rivalry on the cricket pitch stretched back to the former Holroyd and Parramatta City Councils.
“As neighbouring councils we have a healthy rivalry and a shared love of cricket,” he said.
“This has turned into quite the tradition,” he said.