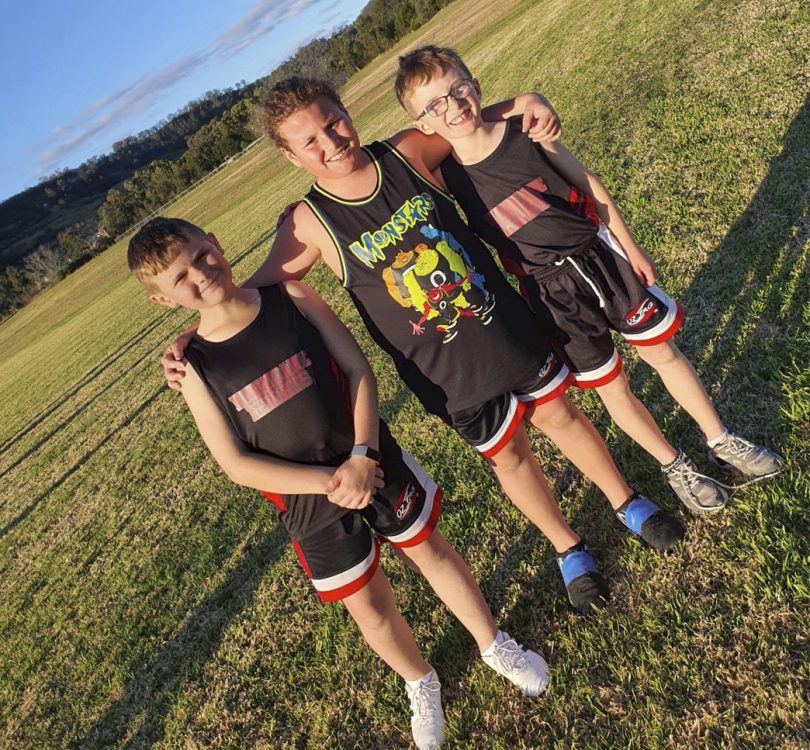 A BUDDING sports gladiator with a name to match, Maxximus Defina has been selected in the South West Wolverines NSW Oztag team.

The Revesby Rhinos player, 9, loves his rugby league as much as Oztag which he plays with the Hurricane Heights at East Hills.
Along with fellow Rhino Cullen James and soccer player Lachlan Wise, the boys tried out for the team just for the experience, according to Maxximus’ Mum and his Rhinos and Hurricane coach Sonia Defina.
“When they were named in the side, we couldn’t believe it, we were just ecstatic,” she said.
“We start the national competition at Coffs Harbour in October.”
Maxximus said: “I am really excited. When they called my name, it was amazing and I started crying happy tears. I am really looking forward to it.”
Not to be outdone by the boys, Hadlee James (Cullen’s sister) and Khloe Hunter (fellow Hurricane Heights team-mate) were also selected in the NSW Oztag girls team.
Entering the competition in 1963, Revesby Heights Rhinos JRLFC operates from Neptune Park and was originally known locally as the ‘Heighties’.
Secretary Rita Sellars says the club has supplied many first grade and representative players to the National Rugby League over its 50-year history.
“In 2019 a big change occurred in the club and we achieved Blue Shield Accreditation and the Canterbury-Bankstown Junior Rugby League District’s ‘Club of the Year’,” she said.
“We pride ourselves in being an all inclusive, family and child focused, community club.
“We’re always on the hunt for more players and still have spaces available in Under 8s Div 2, Under 10s Div 1 and Under 13s Div 2.”
For further info, go to revesbyrhinosnrl.com.au.