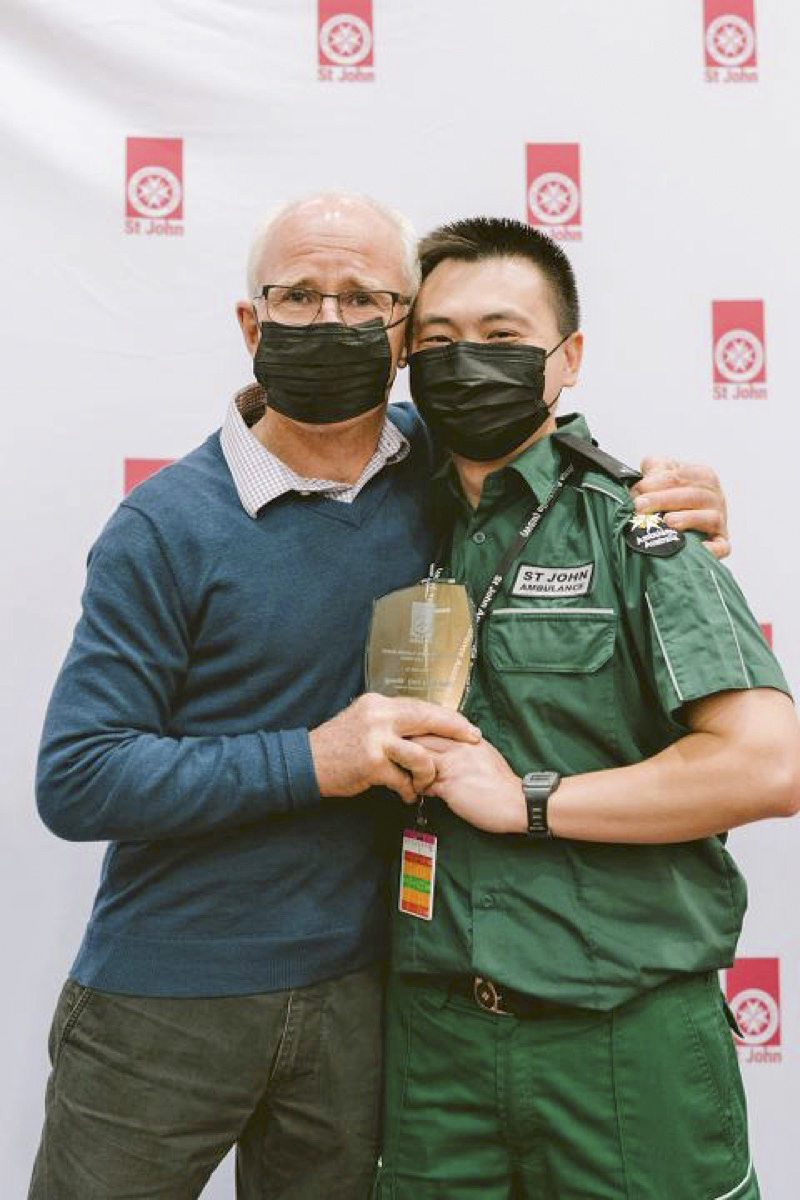 ALMOST 12 months to the day, St John Ambulance volunteer Rick Wong has had an emotional reunion with the man whose life he helped save.

Rick was among a number of locals and St John Ambulance volunteers recognised for their outstanding service and life-saving acts spanning 2020 and 2021, at a special ceremony hosted by the Governor of NSW, Margaret Beazley, in Cumberland late last year. And the man whose life was saved was also there to say a special thanks.
On Sunday, November 29, 2020, the Granville volunteer was on duty as a lifeguard at the Kuringai Fitness and aquatic centre, when David Nicholls suffered a cardiac arrest while swimming laps in the pool.
Rick, along with four other bystanders rushed to his aid, moving him from the pool and commencing CPR and oxygen therapy – helping save his life.
“When I saw David again, I got flashbacks and recalled vividly that moment when I pressed the shock button on the defibrillator,” Ricky said.
“This was my first time delivering a shock to a patient in my 10 years of service.
“David’s survival was better than any award.”
Rick was awarded the St John Save-a-Life award. It was one of three incidents in which rescuers received the award.
Volunteers were awarded service medals in recognition of sustained community service, ranging from 10 years’ service to 35 years’ service and six were awarded the National Emergency Medal for their extraordinary efforts at the bushfires of 2019/2020.
Youth volunteers Linda Chen and Bianca Cai received the internationally recognised Grand Prior Award, one of the highest Youth Awards attainable, while cadet Elizabeth McFarlane was promoted to Cadet Corporal, an important leadership position within the cadet unit.
If you’re interested in becoming a St John volunteer, email Isabelle.moutia@stjohnnsw.com.au for further info.