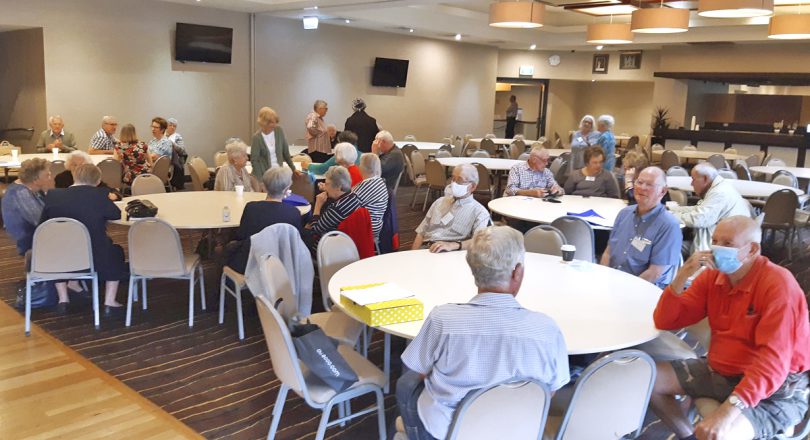 CELEBRATING their 30th anniversary this year, the Canterbury Bankstown branch of the Association of Independent Retirees (AIR) is back in full swing after laying low for nearly two years over Covid.

With about 100 registered members, AIR spokesperson Neil Birdsall said their two meetings this year were very beneficial after hearing from the Liberal Federal MP for Banks, David Coleman, in March and then his Labor opponent Zhi Soon in April.
“We invited them as we wanted to hear from both sides of the fence and they were each very impressive, really wanting to make a difference to seniors,” Neil said.
He said the big news at the moment was the freezing of deeming rates for retirees generally and self-funded seniors.
“For people on a part pension, it means that when interest rates go up, they won’t lose any of their pension,” he said.
For the next meeting on May 20 which gets underway at Mortdale RSL for morning tea at 10am, the guest speaker will be solicitor James Kelly, an expert in elder law specialising in wills, power of attorney, enduring guardianship and entering aged care.
“The AIR provides a lot of independent guidance to seniors about legal and political matters affecting them,” Neil said.
“There are also a range of member discounts available as well as access to our newsletters for the annual registration fee of $32 a single and $48 a couple plus $3 for meeting attendance.
“The most valuable thing we have is knowledge and AIR aims to keep you up to date.”
Details: Pat Hinson, 9554 4113 or independentretirees.com.au.