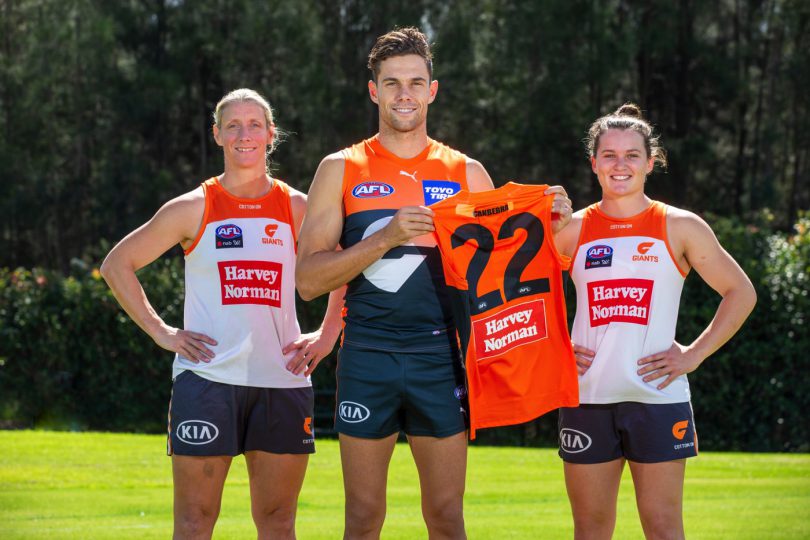 RETAILER Harvey Norman has expanded their partnership with the Greater Western Sydney Giants.

Working with the club since the inaugural AFLW season in 2017, Harvey Norman’s support has been central to the success of their women’s football program, and Giants’ chief executive David Matthews said the alignment between the two organisations made this an ideal partnership.
“Harvey Norman’s growth from humble beginnings in Western Sydney, to now being a global-force in the retail sector is a success story that we connect with and we are excited to continue to grow together,” he said.
“Since first engaging with the club in 2015, Harvey Norman has built tangible connections with our athletes, staff and members and we look forward to this continuing for many years to come.”
Also happy to extoll the benefits of the new deal, Harvey Norman chief executive Katie Page says they “remain staunchly committed” to supporting the women’s program and can’t wait for what’s next.
“The Giants have always made the women’s football program a priority across all areas of the club. We have admired the ‘one club’ approach and we see this expanded partnership as part of this,” she said.
“We love the community connection the Giants have to Western Sydney and the surrounding areas and this partnership will allow us to build on the support we provide to the grassroots level.
“Harvey Norman is thrilled to build on the partnership we’ve had with the women’s football program over the past six years and now have a connection with the club for 12 months of the year.”