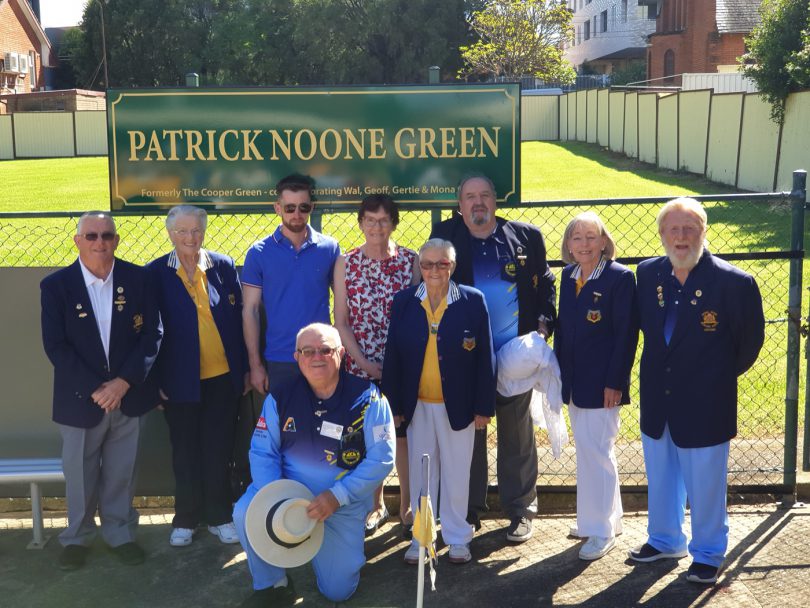 THE late Patrick Noone’s contribution to the Lidcombe Bowling Club was recognised last month after a green was renamed in his honour.

Mr Noone died in May last year, which limited the number of people permitted to attend his funeral.
He joined the club in 1985 and served on the board for 12 years, including six years as its chair from 2002-2008, and was also bestowed a Life Membership at the age of 50.
Formerly known as the ‘Cooper Green’ after bowling members Geoff, Gertie, Wal and Mona Cooper for the past 20 years, the club’s chairman Ken Wallace says it will now be known as the Patrick Noone Green.
Mr Wallace said the renaming ceremony was attended by Mr Noone’s wife Bridie and a large number of his friends.
“Patrick made many changes to our club for which we are ever grateful,” he said.
“Anyone interested in learning to bowl or sample our small club hospitality, can contact the club on 9649 6074.”