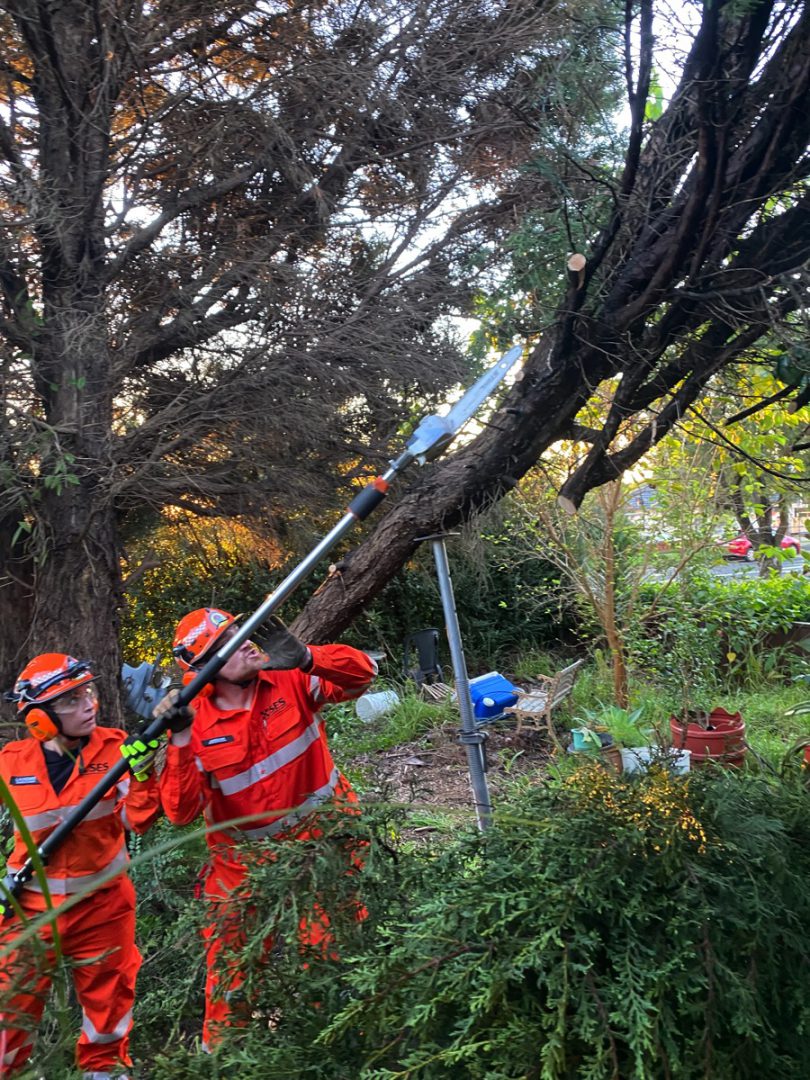 PANANIA resident Zuleica got a shock when after hearing an almighty crash, saw that the giant pine tree in her front yard had fallen onto her house in Carson Street. 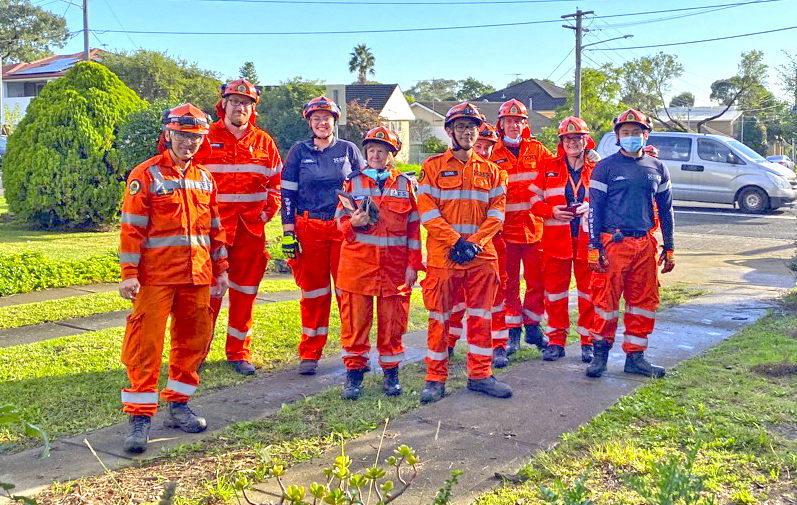 She immediately called 000 and within a short time, a group of local SES volunteers had arrived and set about removing the ‘monster’ and all of its splayed branches and foliage.
“It took them about three hours but they did a wonderful job,” Zuleica said.
“They were so fantastic, so organised and all working together and I thought what an amazing service they perform for community members in need.
“I moved here from Brazil six years ago, after reconnecting with a boyfriend who I had not seen for 37 years and now we are married.”
She said that the kind of support and service performed by the SES is unheard of in Brazil.
“In Brazil and most other countries you are on your own, we are incredibly lucky to live in Australia,” she said.