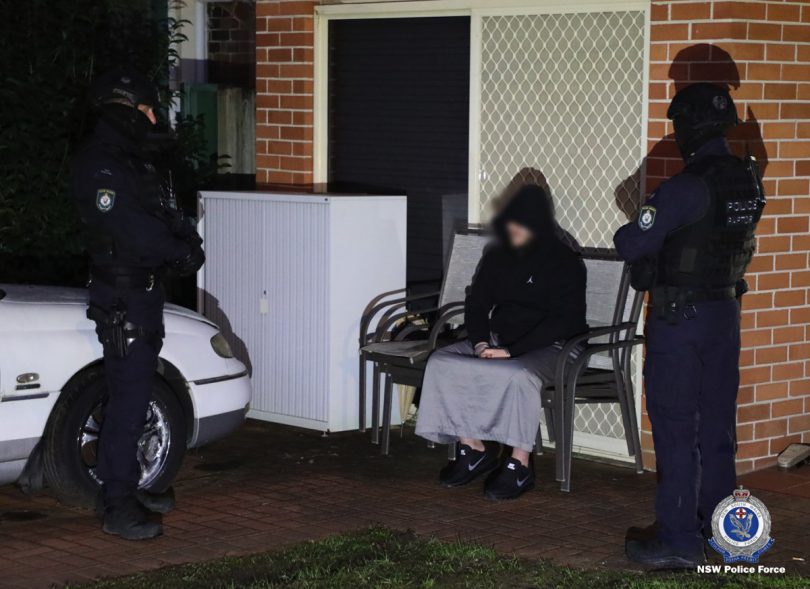 A MAN has been arrested at a home in Regents Park by Robbery and Serious Crime Squad detectives investigating three alleged separate kidnappings.

Last year, detectives from the State Crime Command’s Robbery and Serious Crime Squad established Strike Force Pepis to investigate the kidnapping of a man from Sydney’s south-west.
Police were told a 30-year-old man was confronted by a group of men at a home in Punchbowl about on Sunday, March 21, last year at 9.25pm, before he was dragged onto the street and forced into a van.
Initial inquiries were conducted by investigators from Campsie Police and the man returned home two days later. He did not require hospital treatment.
As part of investigations under Strike Force Pepis, detectives uncovered links between the incident and other acts of violence, including the alleged kidnapping of a man at Dundas Valley in 2020 and another kidnapping later at San Souci in 2021.
Following extensive inquiries, strike force detectives – with assistance from the Raptor Squad – executed a search warrant at a home at Regents Park and arrested a 22-year-old man, who was taken to Auburn Police Station.