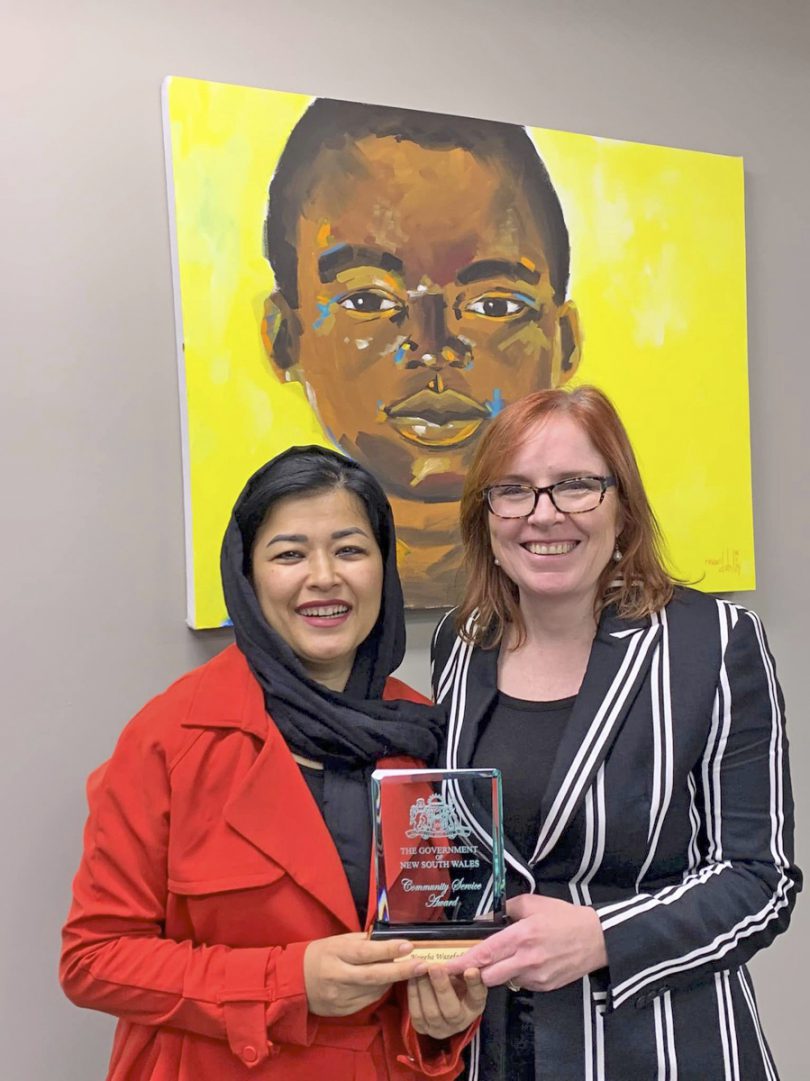 FORMER Auburn Young Citizen of the Year, Najeeba Wazefadost has been presented with a NSW Government Community Service Award for her work with refugees, especially those from Afghanistan.

The award recognises people who have substantially contributed to the improvement of the quality of life of members of their community, beyond that expected in their usual occupation.
A Granville resident, she was awarded the Young Citizen of the Year in 2014 for her tireless work in the Afghan community advocating gender equality issues and establishing the ‘Hazara Women of Australia Association’.
At the age of 10 years old, she fled Afghanistan with her family to seek asylum in Australia. Arriving with no knowledge of English, by the age of 14 she quickly learnt the language and won a national essay-writing competition.
Founder and President of Hazara Women of Australia, which helps newly arrived refugee women learn English and more quickly settle into their new communities, she is also involved with Asia Pacific Network of Refugees (APNOR), Co-Founder of the Global Refugee Led Network (GRN) and Global Independent Refugee Women Leaders (GIRWL).
Nejeeba said she was grateful but shocked to receive such a prestigious award.
“It was a nice gesture, but it was a collaborative effort,” she said.
“It’s not just me, there are many people involved and it’s good to get some recognition.”
She was presented the award by State MP for Granville, Julia Finn, who said: “I have come to know Najeeba well and admire her advocacy for new migrants to our area.”