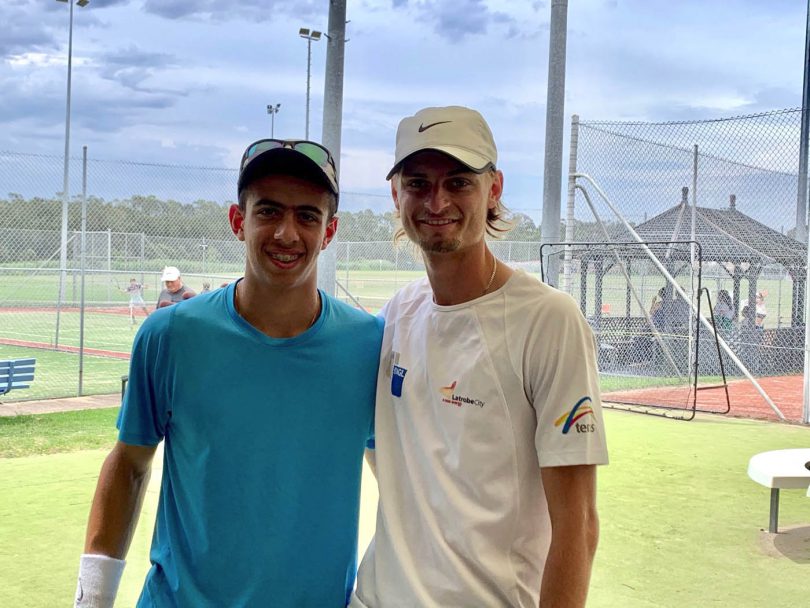 Attracting the keen and talented from the five tennis centres it manages for the council at Panania, Georges Hall, Sefton, East Hills and Condell Park, the junior tournament saw over 90 children slogging it out while the adult tournament hosted over 60 men and women.
CBTA general secretary Adele English said the children enjoyed the round-robin format with many highlights and the Open Mens was won by local Kody Pearson who was finally old enough to compete in the men’s comp after returning earlier this year from the USA over Covid, where he was playing tennis on a university scholarship.
“Kody defeated Chris Sousou, another strong local player who’s barely old enough to compete in the men’s competition and following in his footsteps,” English said.
“Chris is coached by the Kellert Tennis Academy in Punchbowl and is also involved in programs with Tennis NSW.”
With numbers picking up across the age groups, the centres are grateful for their council rent-free period of two months which helped to keep them going.”
In other results, the Open Women’s winner was Hannah Taleb who defeated Monica Petrusevski; the Open Women’s doubles was won by sisters Kelly Marcar and Linda Wright; the Open Men’s doubles was won by Kody and his Dad Glen Pearson; and mixed doubles was won by Geoff Wirth and Toni O’Neil.
“The tournaments were a great way to finish off the year and we are now gearing up for our Junior Age tournaments in February and March and then our 100-year centenary celebrations in May,” English added.
To get involved in tennis with social, junior, mens and ladies competitions on offer, book a court or for more info, go to cbta.com.au or call 9792 5390.