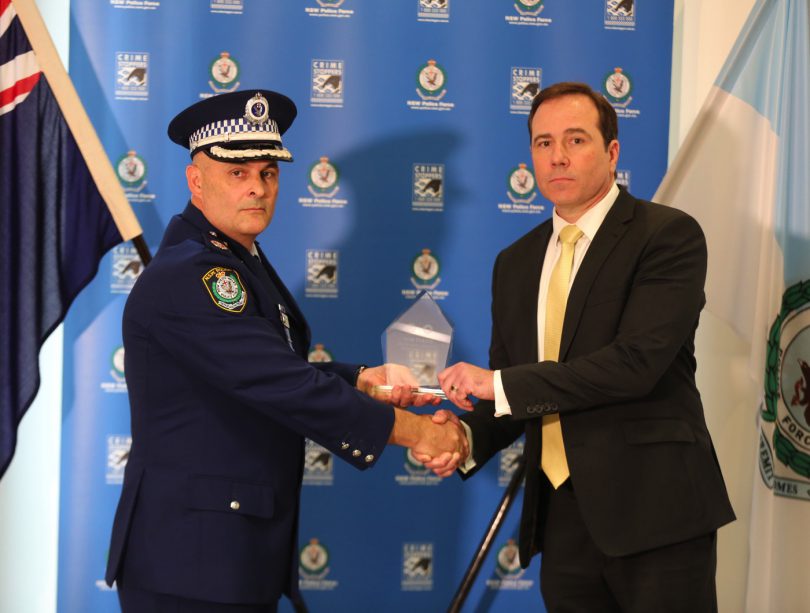 Organised by the Rotary Club of Holroyd and the NSW Police Force, the recipients represent squads and specialist units across the State Crime Command and have been integral to the investigation of serious and organised crime across the state.
Detective Morfoot (presented with his award by Assistant Commissioner Stuart Smith pictured) was an integral member of the State Crime Command’s Homicide Squad for 15 years, before his promotion to Inspector at Cumberland Police Area Command last year.
During his tenure, he responded to 310 homicides, working many hours away from family and friends to seek justice for victims and their families.
His depth of experience in managing homicide investigations was invaluable and he was often called upon for advice by police investigating deaths across the State.