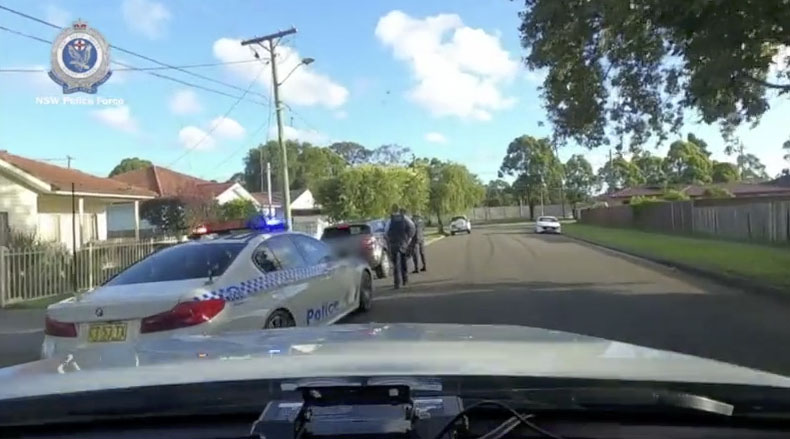 POLICE have been targeting criminal groups in a three-day high-visibility operation after recent shootings and other acts of violence.

Operation Talon hit the streets at 5pm last Friday with police out in force to disrupt conflicts between different criminal groups.
Police have been speaking with individuals they allege are linked to the conflicts, as well as those known to them, about public safety and the Force’s zero-tolerance approach to all lawbreaking.
During the operation so far, officers have enforced 44 Firearm Prohibition Orders and conducted 108 vehicle searches and 106 person searches.
Police issued 56 traffic infringements, eight vehicle defect notices and laid 17 charges with a range of offences, including;
Last Saturday, about 7pm, police attended a home on Lockwood Street, Merrylands, and conducted five Firearm Prohibition Order (FPO) searches. As a result, a vehicle was defected, and a parking infringement issued.
About 10.20pm, police stopped a Toyota Corolla on the Rawson Road, Guildford, and spoke to the driver, a 20-year-old man. He refused to get out of the vehicle when requested and allegedly grabbed an officer when they attempted to remove the vehicle’s keys. Police said after further refusals, the man was removed from the vehicle and searched. During the struggle, an officer sustained a minor hand injury. The man was charged with resist or hinder police officer in the execution of duty, and not comply with direction given by police officer. He was granted conditional bail.