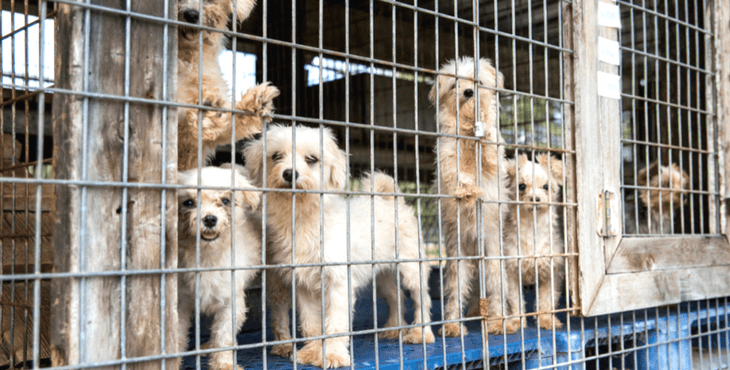 THE fight to ban ‘puppy farms’ will have more bite with Canterbury Bankstown Council joining the cause.

It will support fellow councils in a joint letter calling on the State Government to ban puppy farms and introduce greater regulation.
Cr Clare Raffan said many people looking for companionship during lockdown, bought a new puppy through the internet or other sources which could be unregulated and accompanied by inhumane breeding practices – and “how many people asked where the puppy has come from and the condition in which they have been kept?”.
She says most breeding animals in ‘puppy farms’ are confined permanently in small cages, in overcrowded and filthy environments, and never allowed out for a walk or to play, while female dogs often spend their entire youth pregnant, then killed or dumped when they are no longer able to breed.
“Unfortunately, some people out to make a quick buck are setting up puppy farms,” she said.
“We need to stop the unscrupulous breeding at the source, introducing stricter controls on people mass-breeding dogs for profit.”
Cr Raffan is also calling on anyone wanting a new dog to contact a reputable animal rescue organisation first or council rehoming facilities, where there are “many wonderful dogs and puppies looking for a good home”.
According to the RSPCA, puppy farms (also known as a puppy factory or puppy mill) are ‘an intensive dog breeding facility that is operated under inadequate conditions that fail to meet the dogs’ behavioural, social and/or physiological needs’ and usually large-scale commercial operations.
Animal Justice Party MP Emma Hurst, who is tabling legislation in Parliament to ban the intensive factory farming of dogs, said it was a fantastic move by Council and Cr Raffan, with “councils sick and tired of the State Government failing to take action and outlaw puppy farming”.
She said NSW is quickly becoming the puppy farming capital of Australia, after it was banned in Victoria.
“Puppy farming involves the intensive factory farming of dogs to supply the pet trade industry. Dogs are often forced to pump out litter after litter until their bodies can no longer cope,” she said.
“The NSW Government has failed to outlaw this vile industry. While it remains legal, dogs in this industry will continue to suffer.”