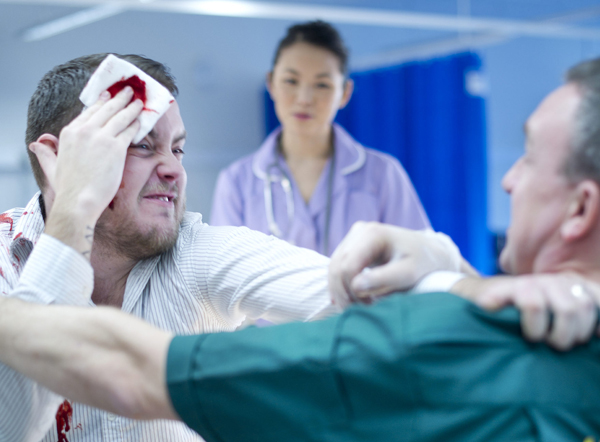 CAPSICUM foam and ‘control sticks’ could be used by security staff in hospitals to help de-escalate threatening situations.

Suggested as part of a trial of “last resort” measures and under strict conditions, it is one of 107 recommendations in a long-awaited final report into improving hospital security released last week by former Labor Health and Police Minister Peter Anderson.
The review was sparked in 2018 by a jump in violent incidents in emergency departments which included an assault on police by a 20-year-old woman outside Bankstown Hospital in November. In another incident in August 2019 outside Canterbury Hospital, a taxi driver was threatened by a man wielding an imitation firearm.
Describing the equipment used by security staff as one of the most “vexed” issues he considered, Mr Anderson noted there was “almost universal opposition to the issue of batons and handcuffs to security staff”.
While also ruling out tasers, stab vests, bolo wrap and capsicum spray, he did recommend slash and hypodermic resistant gloves, flexible cuffs and – after an evaluation of a trial already underway involving paramedics – personal body cameras.
Health Minister Brad Hazzard said the Anderson Review’s recommendations were “generally supported” by NSW Health, adding he would also ensure Local Health Districts cut back on contract security staff and invest in permanent staff as a priority.
Although welcoming the final report, NSW Nurses and Midwives’ Association (NSWNMA) acting general secretary, Judith Kiejda, said many of the measures were already current policies but had not been applied or enforced.
She added that while extra security was important, “it’s not the only solution”.
“It’s not going to help improve the triaging of patients or reduce waiting times in our emergency departments – the right number and skill mix of nursing staff is essential – as well as proper support for staff to report incidents when they occur,” she said.