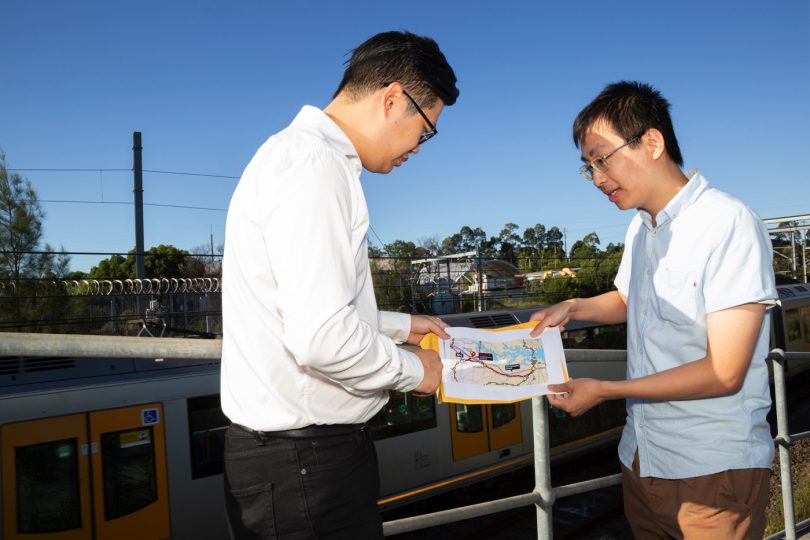 A PROPOSAL to convert the unused former Homebush abattoir rail line into a cycleway, has sparked calls to create an express train taking Lidcombe and Sydney Olympic Park commuters directly to Sydney CBD.

The original Pippita Rail Trail proposal was to convert the unused 3km line that once serviced the industrial area located where Olympic Park now resides, into a cycleway running alongside Olympic Park Rail Line from Olympic Park to Lidcombe Station.
While a preliminary feasibility report estimated it would cost between $7.8-$15.6 million to develop the cycleway, Cumberland councillors decided to start talks with the relevant State Government agencies for both projects.
Describing it as “an excellent project” which would give people the opportunity to cycle or walk directly from Lidcombe Station to Sydney Olympic Park, Cr Glenn Elmore also said it wouldn’t be easy.
“The only problem is it’s going to be very expensive and there’s going to be a lots of different government departments we’ll need to navigate through,” he said.
Resident Roydon Ng urged the council to consider a proposal by transport advocacy group EcoTransit, to rebuild the former Pippita Train Station and create a rail loop line to Lidcombe and Olympic Park utilising existing infrastructure.
Mr Ng said a Pippita CityExpress rail line – operating as part of the Sydney Trains Network on the T7 Olympic Park Line – would complement the Rail Trail and could utilise existing capacity on the Western Line to have commuters in the city in under 20 minutes.
Amending the Pippita Rail Trail proposal to include consideration of the Pippita CityExpress, Cr Ned Attie said that it would cover all their bases, whether the train line went ahead or not.