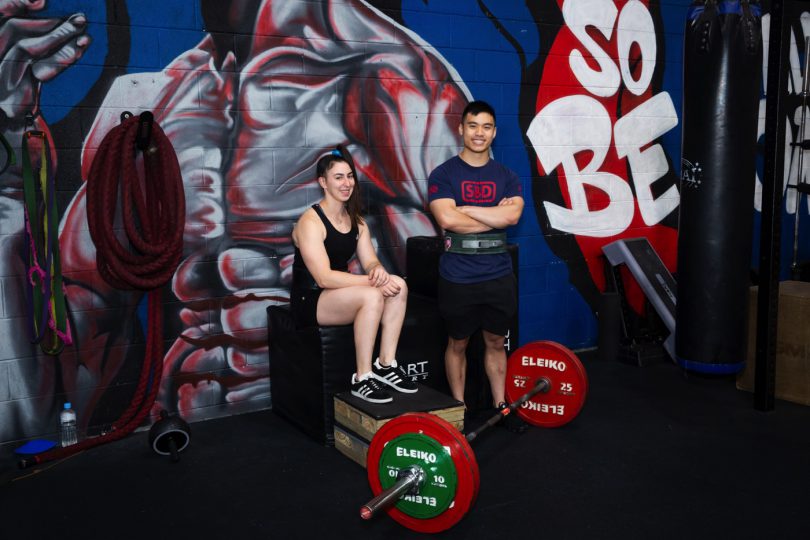 Representing Auburn PCYC, the club’s gymnastics coach Napoli took out the Under 69kg women’s division with a new state record after making a squat lift of 155kg, a bench lift of 92.5kg and a dead lift of 187kg at the APU NSW State Open Classic event hosted by Auburn PCYC on April 10 and 11.
While her new state title qualifies the 25-year-old for the national competition in October on the Gold Coast, it is a date which unfortunately coincides with her sister’s wedding.
Admitting the clash has led to “several conversations” she says with a laugh that as a bridesmaid, she feels obligated to put the family event first.
“I’ve tried a lot of different ways of framing it but I’m definitely going to be there for my sister’s wedding,” she said.
However the Auburn PCYC will still be represented at the nationals, thanks to fellow Auburn PCYC staff member Le, who won the title of Under 69kg Men’s Division state champion.
A former national level gymnast, Napoli says both she and Le were introduced to powerlifting by fellow staff member James Frecklington about three years ago, and says the strength she gained from gymnastics gave her a good base for her new sport.
“I like to keep pushing myself to lift more, to achieve higher weights, to lift heavier things” she said.
“It’s also a very supportive sport, everyone helps and is really friendly, so it’s a good sport to be part of.
“When you are out on the platform in powerlifting, every single person in the audience gets behind you and screams for you to make your lift.”