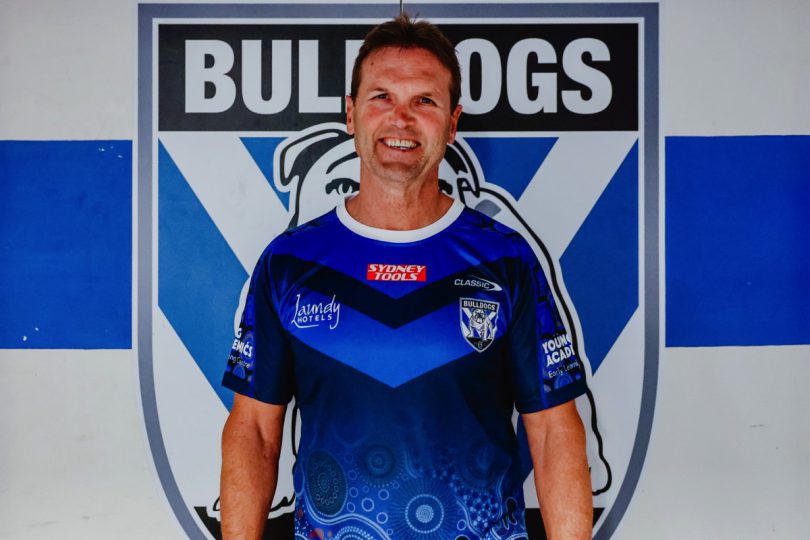 NOT even the new coach could get the Bulldogs back in the winner’s circle, going down to the Wests Tigers 36-22.

Premiership winning Bulldog Michael Potter has taken over as interim Head Coach of Canterbury Bankstown until the end of this season after Trent Barrett stood down, but still the Bulldogs didn’t fire – until it was too late.
They were down 19-0 at halftime but fought back in the second half, scoring four tries.
“Our discipline needs to change and we just made a few errors that we need to rectify,” Potter said.
“We should be able to defend our line, we shouldn’t let in cheap tries.”
Potter has a big history with the club, having been part of the Bulldogs’ Premiership winning sides of 1984 and 1985. He then made a successful transition into Head Coaching roles with the Catalan Dragons (2006-08), St Helens (2009-10), Bradford Bulls (2011-12) and the Wests Tigers (2013-14).
Bulldogs General Manager of Football, Phil Gould, was pleased to have someone of Potter’s experience taking charge for the rest of the season.
“It is great to have a genuine legend returning to the club,” Gould said.
“Michael has extensive experience in the game and will bring a new voice and new ideas to our players.
“We really appreciate Michael stepping up to help our club at this time.”
Potter was excited about his return to the club.
“I’m very honoured to be back at the Bulldogs,” he said, “I wish it were under different circumstances as I’ve known Trent for a long time and I really feel for him”.
“I will do what I can to help the club at this time.”