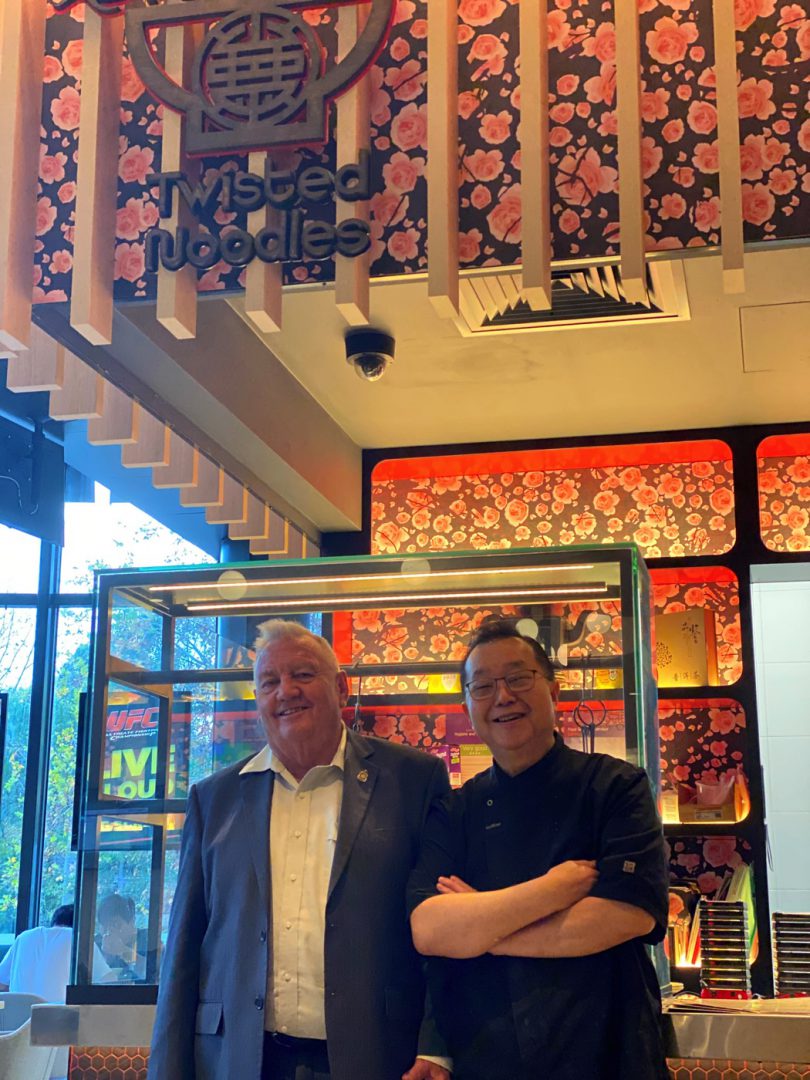 BANKSTOWN RSL’S very own Usain Bolt, Twisted Noodles chef Raymond Chan is so fast in the Asian-inspired, open kitchen that he has his own following, with customers coming from near and far to watch the masterchef in action.

This week, however, will be their last opportunity to enjoy Mr Chan’s moves and his beautiful food after he made the decision to retire.
Finishing up on Sunday after a 55-year long career, Mr Chan has been heading up Twisted Noodles for two years and three years prior was with the team at Star Buffet.
“I started in Hong Kong when I was very young and when I arrived here, I worked for Central Kitchen in Silverwater and owned a business in Burwood for 24 years,” he said.
With no firm plans for the future, the 68-year-old and father of two said he would miss all of his wonderful customers.
“I would like to thank them for all of their support over the years,” he said.