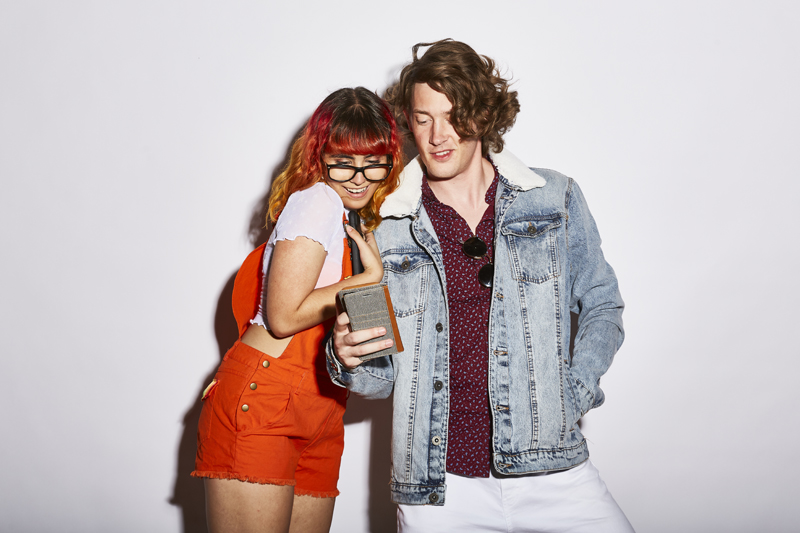 Magical pill that grants all wishes

STARRING Ashfield’s Jono Lukins, relatable popular teen musical sensation, ‘Be More Chill’ is on offer at St George Auditorium this month.
The fan-favourite musical ‘Be More Chill’ is a rocking new sci-fi musical about growing up, high school, and what we will do to get what we want.
Jeremy Heere is just an average teenager and a bit of a loser. That is, until he discovers The SQUIP, a supercomputer inside a tiny pill he swallows that implants in his brain and promises him everything he desires most – a date with Christine, an invite to the raddest party of the year and a chance to survive life in his suburban New Jersey high school.
‘Be More Chill’ is one of the newer untraditional musicals that The Regals Musical Society has undertaken in its 75-year history, but the society is excited to be offering such a vibrant and high-energy show to its audiences.
Jono plays the likeable, easy-going jock Jake Dillinge who is both high school awesomeness personified and (against ‘jock’ stereotype) treats his peers as equals.
Jono studied Theatre and Performance at New England University, then remained there to study a Master of Teaching.
“It was just so that I could perform in the Monty Python musical ‘Spamalot’,” he said with a laugh.
“I moved to Sydney to audition for film and stage work, and I am thrilled to be playing Jake in ‘Be More Chill’.”
Catch ‘Be More Chill’ from March 11-14, with tickets $25-$35 via theregals.com.au, call 0433 813 381 or email tickets@theregals.com.au.