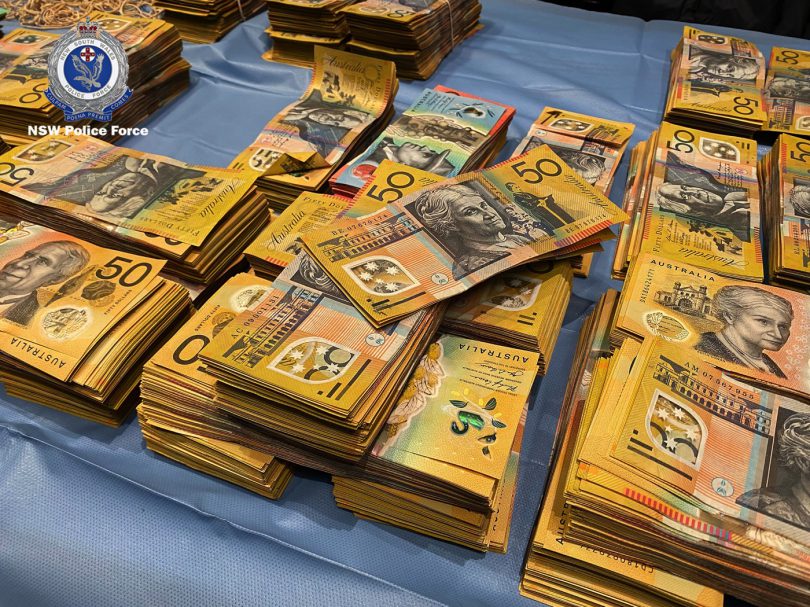 A MAN allegedly attempting to flee the country has been charged after police seized about $7 million cash concealed under concrete flooring in Roselands last week.

In June last year, detectives from the State Crime Command’s Drug and Firearms Squad, with assistance from the NSW Crime Commission (NSWCC), established Strike Force Wolara to investigate the activities of a criminal syndicate suspected to be involved in the supply of prohibited drugs across the State.
Last Wednesday, strike force detectives, with assistance from the Public Order and Riot Squad (PORS) and Australian Border Force (ABF) Detector Dog Unit, executed two search warrants at homes at Roselands and Marrickville.
During the search of the Roselands home, police allegedly located the cash concealed under concrete flooring in a storage shed.
A 39-year-old man was arrested at Sydney International Airport last Thursday night attempting to board a flight to Dubai and charged with knowingly dealing with proceeds of crime.
Investigations are continuing.