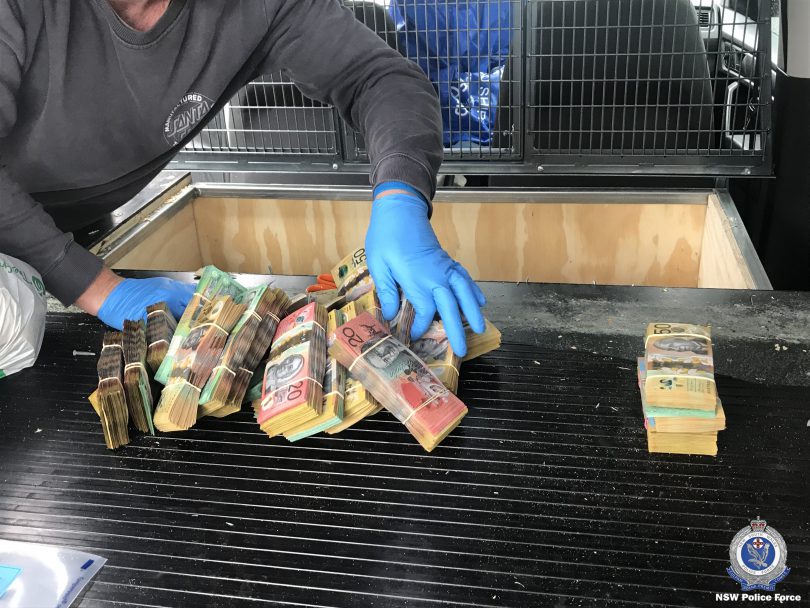 A MAN has been charged after detectives allegedly seized more than $1 million cash during a vehicle stop in Sefton yesterday.

About 12.15pm (Thursday, November 5), officers from South West Regional Enforcement Squad conducted a vehicle stop of a white van near the intersection of Carlingford and Mima Streets, Sefton.
Police spoke with the driver, a 36-year-old man, and following inquiries executed a search of the vehicle.
A bag containing $100 notes was found in the middle console, before police allegedly opened a hidden compartment in the rear of the van, where three more bags of cash were located.
In total officers seized $1,150,460 in cash and a mobile phone, which will be subject to further forensic examination.
The man was charged with deal with the proceeds of crime.