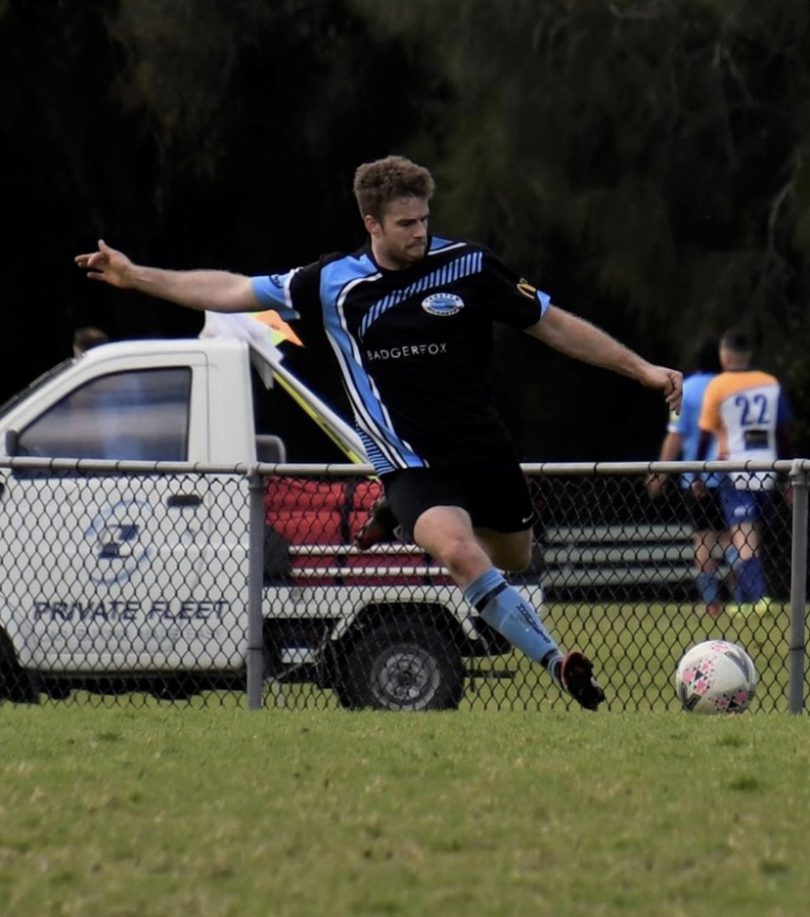 THEY may be one of the smallest clubs in the Bankstown District Amateur Football Association (BDAFA) but the Padstow Hornets haven’t lost their sting, with their premier league men’s team leading the competition again after having won it for the past two years.

With 21 teams in total, the Hornets field teams in U6s, 7s, 8s, 9s, 10s, 11s, 12s, 13s and 14s, three all age men’s teams, a senior women’s team in division 2, an over 45s team, the men’s premier league and the reserve grade teams.
“We even offer a kindy program,” Hornets’ General Manager Greg Peddie said.
“Hornets used to be a lot bigger, say 25 years ago, but we are growing again; some of our juniors left to play for Bankstown rep sides and have returned to the Hornets for the premier league competition.”
With two home fields in Stuart Street Reserve, Padstow, behind Padstow Maccas, Hornets are not alone though in taking a Covid-19 hit through lack of fundraisers and canteen profits.
“We’ve got hand sanitisers everywhere, new signage and new sign on procedures which we revisit every week to see if we can improve on anything,” Peddie said.
“We’ve only been selling pre-packaged food and it has been hard on the families who would normally be enjoying our regular barbecues, kids discos and trivia nights.”
With the juniors’ season finishing at the end of September and 12 years and up playing till October if they make the semis, Peddie said he hoped BDAFA would stage a summer season which was highly successful last year.
“There’s no better feeling than watching the kids develop their skills and become so passionate about playing; there’s lot of cranky kids around if it rains and the grounds are closed,” he added with a laugh.
There is still time to join a team, with registrations closing this week.