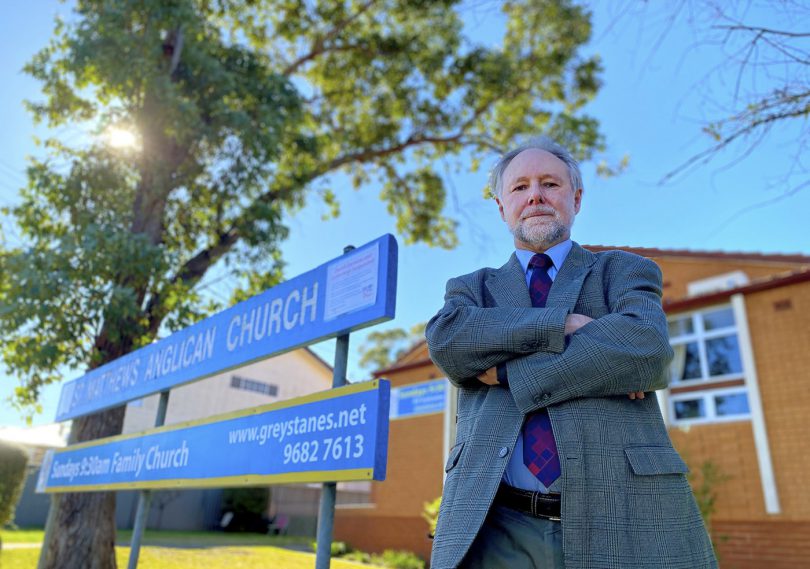 RELIGIOUS leaders, including Reverend Colin Mackellar from St Matthew’s Anglican Church at Merrylands West, have voiced strong opposition to planning changes which could impact on the location and size of places of worship in Cumberland.

CHANGES restricting the size, location and operation of places of worship within Cumberland, were slammed last week.

The amendments to the Cumberland Local Environmental Plan (CLEP), are aimed at providing consistency across the local government area following the merger of three separate council areas in 2016.

However at last week’s council meeting, speakers representing a range of Christian and Islamic organisations voiced their opposition to the changes.

Highlighting the “significant number of submissions from different denominations”, Michael Rowe acting on behalf of the Anglican Church Property Trust, noted that both the local Member of Parliament and the local planning panel were also against the restrictions.

Describing what he said was “flawed logic”, he noted that in a B4 zone, a pub or a function centre would be permitted “but a place of public worship isn’t on account of amenity impacts”.

Church member Leon Savage also noted that in the past, places of worship developed naturally close to where people lived because they wanted safe access to practise their religion.

“Do you want your kids and your grandkids to try to find an industrial area as somewhere to go to for youth group or fellowship on a Friday night?” he said.

However Councillor Ned Attie argued that councillors had already supported most of the changes at past meetings.

He moved a number of what he described as containing “mainly minor housekeeping changes” on the night, and the revised CLEP, including the places of public worship amendments, was endorsed on the casting vote of Mayor Steve Christou.