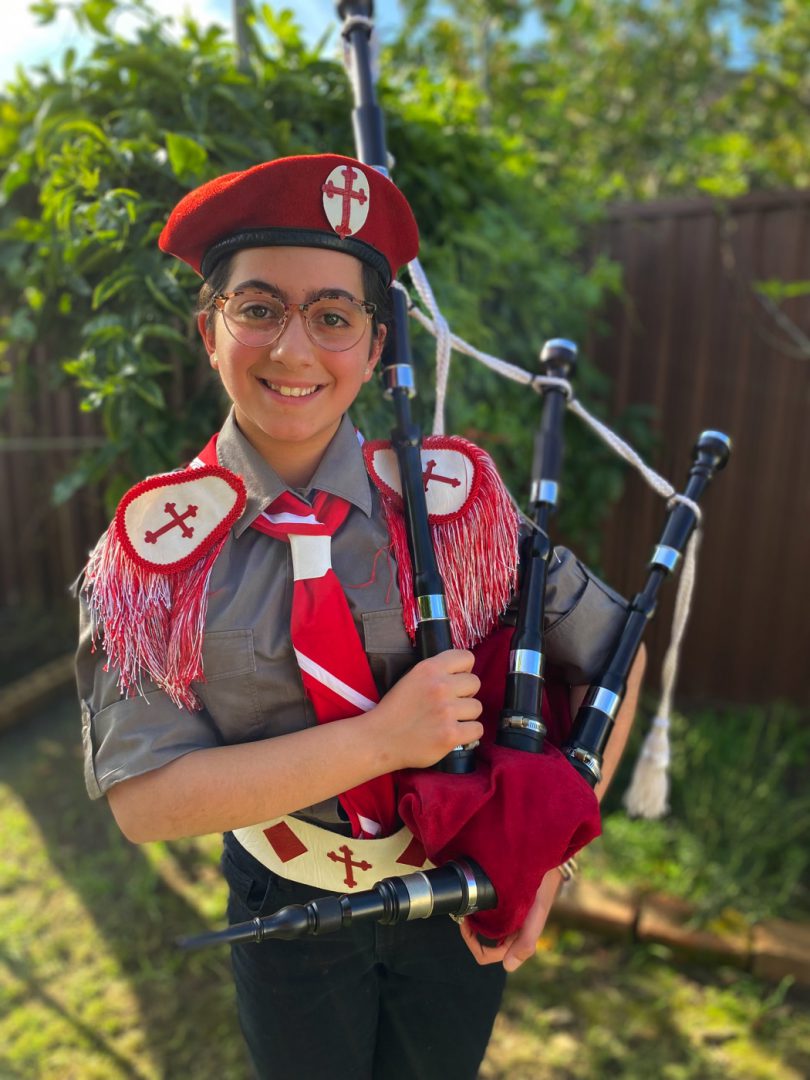 THE bagpipes might not seem like an obvious instrument choice for Bankstown’s Rita El-Haddad whose family hails from Lebanon, but she has taken to it so quickly that she has just come first in the Practice Chanter division of the World Online Piping and Drumming Championships.

Up against other children as well as adults from around the world, Rita’s shocked family knew she seemed to have a natural talent for the bagpipes, along with brother Raymond, 9, who came fifth in the same category, but they never expected her to be already receiving world accolades.
“We were watching a performance at St John the Beloved Melkite Catholic Church in Greenacre early last year and the children seemed to love the pipers’ performance,” Mum Rachel said.
“I inquired as to how I could get them involved and Barry Gray, who was part of that band, was recommended as a trainer.
“He has been amazing with the children, who also include Christopher, 8, and Dominic, 7, and Rita has come such a long way in a short time despite all of the lessons being on zoom.”
The St John Vianney student who is also learning piano, is now part of the church band and looking forward to entertaining friends and family once lockdown ends, during the Christmas and Easter celebrations.
“It’s been a real joy to watch them improving and see how much they love it and we believe it’s all thanks to Barry,” Rachel said.
“We will just keep encouraging them to go as far as they can.”