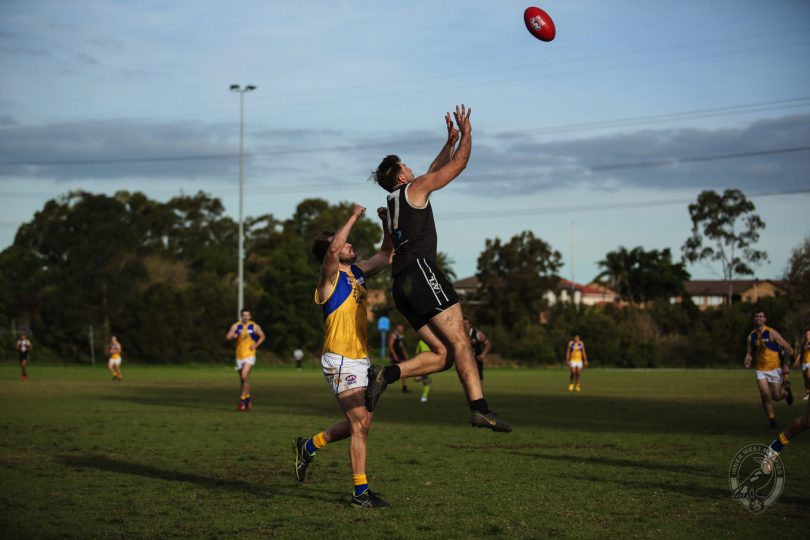 WITH the 105-75 win a sign of a stunning season ahead, Inner West Magpies welcomed East Coast Eagles for the first Premier Division game at Picken Oval, Croydon Park, on Saturday.

East Coast came out strongly and controlled the majority of the first quarter.
However, the second quarter was a very even contest, with some ‘Pie lapses giving East Coast a 20-point advantage leading into half time.
After the third quarter, the ‘Pies gained some ascendancy which increased in the last quarter, with some strong contested marks from younger players Kai Watts and Jacob Bauer.
Best players: J Bauer, S Guilhaus, M Klemke, J Zoppo, P Wilmot, and M Belbasis.
In the other men’s games, Reserves had a narrow loss to East Coast Eagles, Division 3 team won away against Campbelltown and the U19s lost to East Coast Eagles, but never gave up.
Meanwhile after the club recruited 28 new women’s players, all the hard work was ready to be displayed at what ended up being a stunner.
The Premier Division women moved into the midday slot demonstrating the rise of Women’s Community Football, with the ‘Pies running away with a 48-point victory.
The first quarter highlighted that when the team is not switched on, they become just another football team.
After the quarter time huddle and a rev up from the coach, the players set up their structure and played the remainder of the game on their terms – to which East Coast had no answers.
Best Players: E Todd, G Behan, M Freckelton, L Kassem, E Sheerin and M Convery.
Season 2020 saw ‘Pies form a second women’s team which took on St George.
‘Pies opened up an unassailable 25-point lead at three-quarter time and ran out eventual nine-point winners.
Best players: El Grin, L Behan and F Taylor.
“All in all, a great club effort,” a spokesperson said.