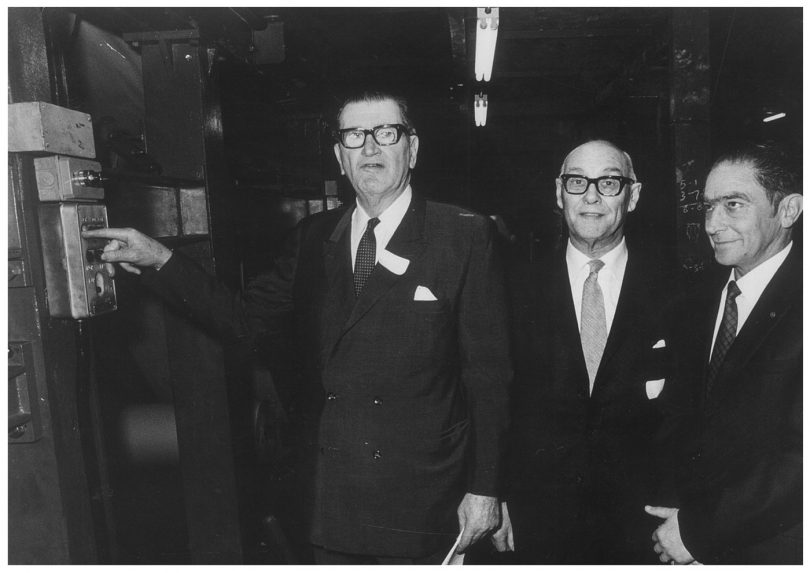 A FEARLESS journalist with a nose for a story, Torch editor Phil Engisch’s articles are said to be responsible for replacing at least three Bankstown City Councils. 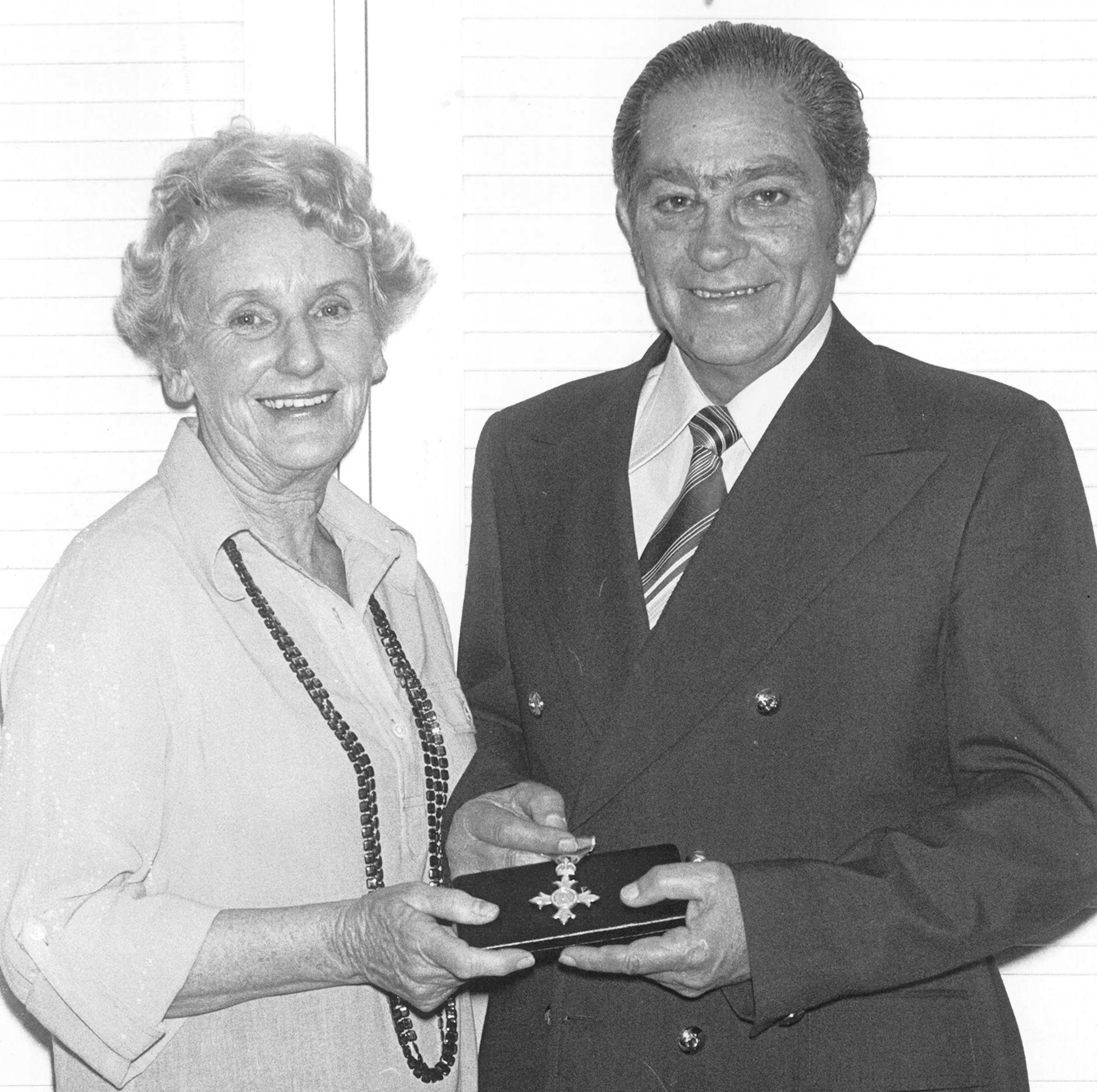 Torch editor Phil Engisch watched on as Sir Frank Packer turned on the presses and with his wife Jean, who was well-known for her work in the community.

Becoming the second editor of the Torch after he returned from service with the army in World War II, Phil had previously started with the company as a compositor.
He later found his niche with the pen and went on to publish some of the newspaper’s most memorable stories.
Torch Chairman and Managing Director John Engisch said his father returned from war to find that corruption was rife in Bankstown.
“Dad was a fighter for the underdog and corruption may have inspired him to write,” he said.
John said his father’s principles eventually led to the most notable incident in the Torch’s eventful 100-year history.
On Easter Monday, April 11, 1955, the Fetherstone Street newspaper offices were fire-bombed and destroyed in what is believed to have been a revenge attack for the Torch’s anti-corruption campaign.
The razing of the newspaper office shook houses in four suburbs, shattered windows in houses three blocks away and shot flames as high as 100 feet into the air, according to reports.
Luckily for Torch editor Phil Engisch, he had broken his routine of working public holidays, which almost certainly saved his life.
Newspapers around the country and overseas reported after the explosion that the editor had been bashed three times in the past 15 months for his stance on corruption.
“In my opinion a bomb was stuck in there,” he was reported as saying to The Sun.
The paper had been on a campaign against malpractice in civic affairs for years prior to the fire and had been warned many times to back off.
Despite attempts to silence Mr Engisch, the paper was published as usual that week of the fire after Cumberland Newspapers at Parramatta offered the use of its press.
The fire resulted in a major police investigation, with the coroner saying he had a ‘strong suspicion’ that the fire was deliberately lit by an unknown person and returned an open verdict.
Calls for a Royal Commission into the blaze fell on deaf ears.
In the background through all this was Phil’s wife Jean.
John said his mother rode the rough times with the good, keeping a cool head during the turbulent years.
“There’s not a truer word spoken than to say that behind every successful man, is a strong woman,” he said.