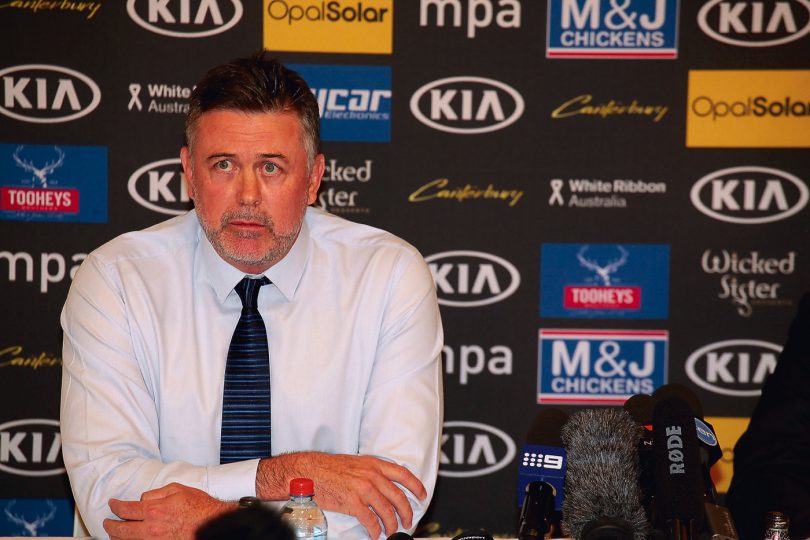 DEAN Pay has stepped down as coach of the Bulldogs after yet another loss left them languishing at the bottom of the table.

The decision was reached after a meeting between Pay and the club following Saturday’s loss to the Broncos, with both parties agreeing that it was in the best interests of the individual and the club to part ways.
Appointed to the top job in September 2017, Pay said at the time that he had no illusions and he needed results if he was to have a future at Belmore.
Steve Georgallis will act as interim head coach until an appointment is made.
Bulldogs Chief Executive Andrew Hill thanked Pay for his contribution over the past three seasons.
“These decisions are always tough, particularly when they involve someone who has been part of the Bulldogs family for a long time,” Hill said.
“The fact is though that the club and Dean have decided that we needed to move in a different direction to take the team forward and Dean was in agreement that now was the right time for both parties to part ways.
“We did not rush into this decision and have taken our time to look at what was best for the club in regard to success moving forward.
“I’d like to thank Dean for his contribution over the past three years and all the hard work and passion he has given to the club.”
Pay thanked the club for the opportunity to coach back at Belmore.
“I’d like to thank the Bulldogs for the opportunity to be the Head Coach at a club that has always meant so much to me,” he said.