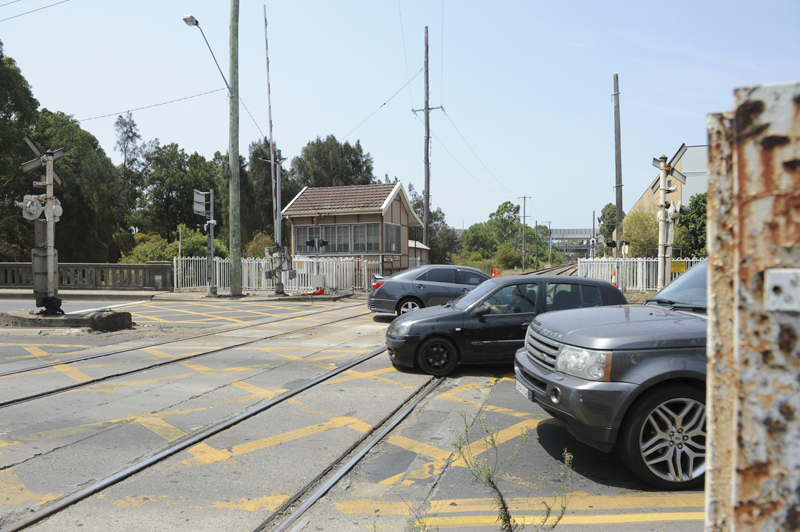 AFTER more than 133 years the boom gates on Parramatta Road at Granville are no longer stopping traffic on one of Sydney’s last and busiest level crossings.

It follows the shut down of the T6 Carlingford heavy rail line last week as part of the Parramatta Light Rail project.
A Transport for NSW spokesperson said decommissioning the level crossing means motorists will no longer be held up by trains crossing the busy road, with “the removal of assets” to occur over the coming months.
She said the decommissioned rail corridor from Clyde to Rosehill will be retained “as a future public transport corridor”.
Some property owners neighbouring the site were unaware that the crossing had been shut down, although one business owner who did not want to be identified told the Review he was pleased to hear that it was gone.
“I can’t say I’ll miss it,” he said.
“It made going that way a pain sometimes.”
Granville Ward Councillor Joe Rahme had mixed feelings on the change.
“Being a Granville resident my whole life, and given the railway crossing is synonymous with Granville, from a personal emotional standpoint it will be sad to see the level crossing go,” he said.
“It’s like a significant part of the fabric of Granville is going
“However in saying this, from a functional and operational standpoint, I do believe this will assist in traffic flow, particularly in the morning and afternoon during busy peak traffic periods.
“I will be sad to see it go and I am sure many people will share these sentiments with me. However, with growth and progression comes change.”