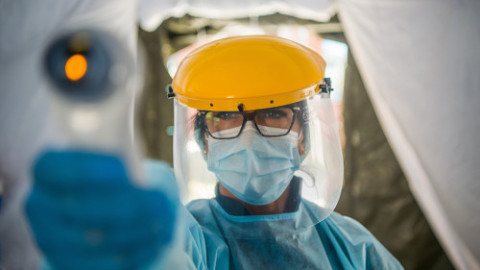 LAKEMBA is at the centre of the latest Covid-19 outbreak with two doctors who worked at the A2Z Medical Clinic testing positive.

A pop up testing clinic will operate from the Lakemba Uniting Church daily between 10am-4pm until at least Friday, and anyone with even the mildest of symptoms, like a runny nose or scratchy throat, cough, or fever, is urged to get tested immediately.
On Monday afternoon, NSW Health advised that two new cases were linked to a previously reported case in the patient who attended Lakemba Radiology and they were contacting those considered to be a close contacts.
Anyone who was at Ali Dine Inn and Take Away Lakemba on Friday, October 9, from 7.30-8.30pm or who attended A2Z Medical Clinic between Tuesday, September 29 and Saturday, October 10, is considered a close contact and must take a test immediately and isolate for a full 14 days from exposure, regardless of the result.
Visitors to the medical centre between September 25 and 28, should also get tested but do not need to continue to isolate once they get a negative result.
Patients who visited the Isra Medical practice from 6pm on Monday, October 5 to 6am, Tuesday, October 6, are also considered casual contacts and must monitor for symptoms, then get tested and isolate immediately if they develop.
Also deemed as casual contacts is anyone who used a train from Wiley Park to Lakemba Station on Thursday, October 1, between 12.02-12.14pm or from Lakemba to Wiley Park between 3.14-3.27pm; or on Tuesday, October 6 from Wiley Park to Lakemba from 12.10-12.30pm or Lakemba to Wiley Park, between 1.42-1.58pm.