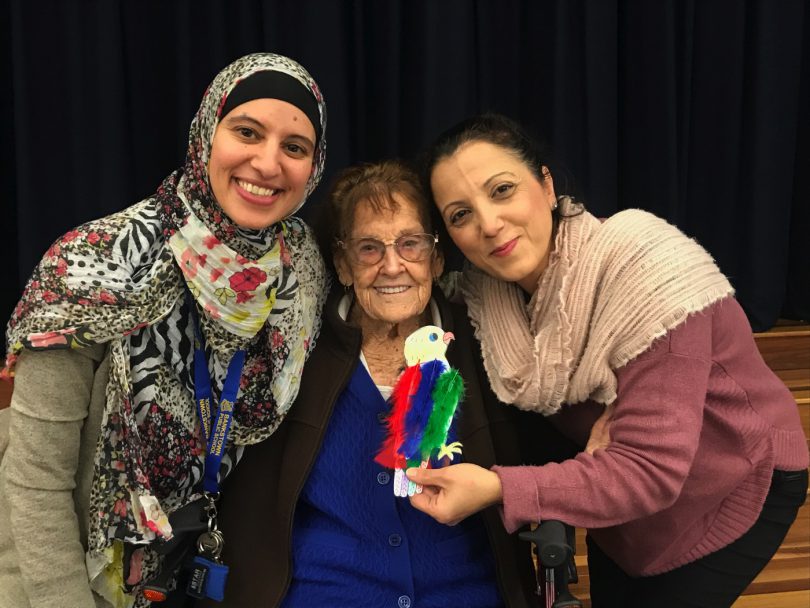 LIFE has changed for many during the pandemic but for none more so than Bankstown’s Florence Graham who, at 99, was still volunteering twice a week at Bankstown Public School’s playgroup for preschoolers.

Once the lockdown occurred and schools were shut, Mrs Graham found herself out of her ‘job’ with the playgroup unlikely to return in the short term over social distancing concerns.
Those 25 years she spent volunteering, after raising six children of her own, are what she believes have kept her young.
“It began when I started taking my grand-daughter Chloe to school,” said Mrs Graham, who is known as ’Nan’ at the school and turns 100 next June.
“I began helping out at the playtimes on Monday and Thursday mornings and it just grew from there.
“I would teach them songs, correct their little homework books, show them how to colour in and hold a pencil; I’ve had so much fun with them over the years.”
One of the main changes in the last 25 years, noted by her, has been the rise in technology and our dependence on it.
“Some parents wanted their four-year-olds to have their own mobile phone and in those cases, the children were too distracted by it to learn properly so I complained to the then principal that phones should be kept out of the classroom,” she said.
“I also noticed that the children were getting younger; some parents would be turning up with their two and three-year-olds but would spend their time socialising with the other parents.
“Children, I believe, at that age are just babies; they’re just too young to be taught how to read and write.”
Thoroughly loving her longtime association with the school, Mrs Graham said she missed the children and wonderful staff.
“It’s a fantastic school and they might not realise, but going there helped me as much as it did them,” she said.