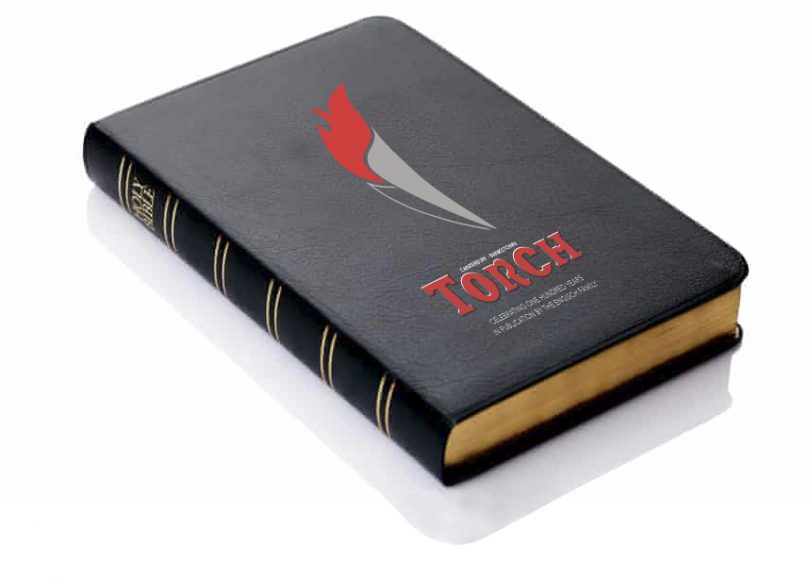 CALLING the Torch the bible of Bankstown, Bankstown Sports Chairman John Murray still has a copy of the paper showing his family home being moved from the site of what was to be Bankstown Airport in 1940.

“They only gave us 14 days to get out, moving us to Beaconsfield Street which is now part of the M5, because they were worried about the Japanese invading; I’m thinking about claiming land rights,” the 85-year-old said with a laugh. “I was only a toddler then but grew up with the Torch which was always in the house. “I was even leaving the movies with my mother as a teenager when we heard a loud explosion which turned out to be Torch offices being bombed in Fetherstone Street. “During my whole life, Torch has never been too far away.” Not surprisingly, John said the paper even surpasses the Bankstown Sports Club’s long history in the area of supporting the local community. “Bankstown District Sports Club was formed in 1958 by a group of sport representatives who shared a common interest of providing a communal meeting place for various sports in the local community,” he said. “I was 22 and we were in a former Salvation Army Hall which still had a baptismal font which we packed with ice and used to keep the beer and milk cold. “We were in front of a huge store called Sydney Wide and people said to us, don’t set up as they’ll take you over but we ended up being their landlord.” Saying the Torch always offered a personal touch, John remembers Dudley Engisch, the uncle and great-uncle of current owners John, Trent and Christian, calling in to local businesses for a chat. “He would do the rounds to pick up ads but he always had time to find out how you were going and if there was anything the paper could do to help,” he said. “That was a long time ago but nothing has changed. “Now that the leadership and management is in the hands of the fourth generation, I wish them enormous success for the future.”