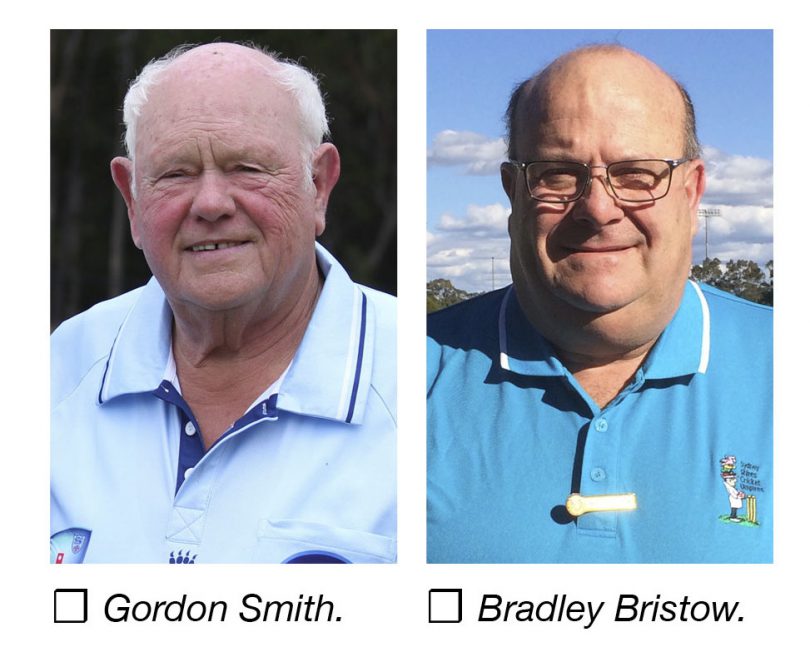 GORDON Smith has become only the fourth umpire in the Sydney Shires Cricket competition to reach the 300-game milestone.

A founding member and inaugural treasurer of the Sydney Shires Cricket Umpires Association, the Penshurst resident is umpiring the two day fourth grade match between Georges River and Epping at Lance Hutchinson Oval, Riverwood, with Grahame Bell from Revesby Heights.
Stephen Blomfield, secretary of the Shires umpires, said Smith is “a loyal and committed member of our Association not only on but off the field”.
“In recent years Gordon has taken on a mentoring role, umpiring in lower grades and helping out our new and less experienced members, a task that is genuinely appreciated by the Executive Committee,” he said.
Chester Hill’s Bradley Bristow has also hit a milestone, umpiring his 50th match.
Bristol, who is treasurer of the Bankstown District Cricket Umpire Association and was previously active in the Chester Hill Youth CC and the Bankstown District Cricket Association as a player and committee member, is umpiring the third Grade match between Balmain South Sydney and Roseville at Jubilee Oval, Glebe, with Picnic Point’s Keith Davis.
NSW Cricket Umpires and Scorers Association members will be returning to Bankstown Memorial Oval on Wednesday, March 3, for their first face to face meeting since the start of the pandemic.