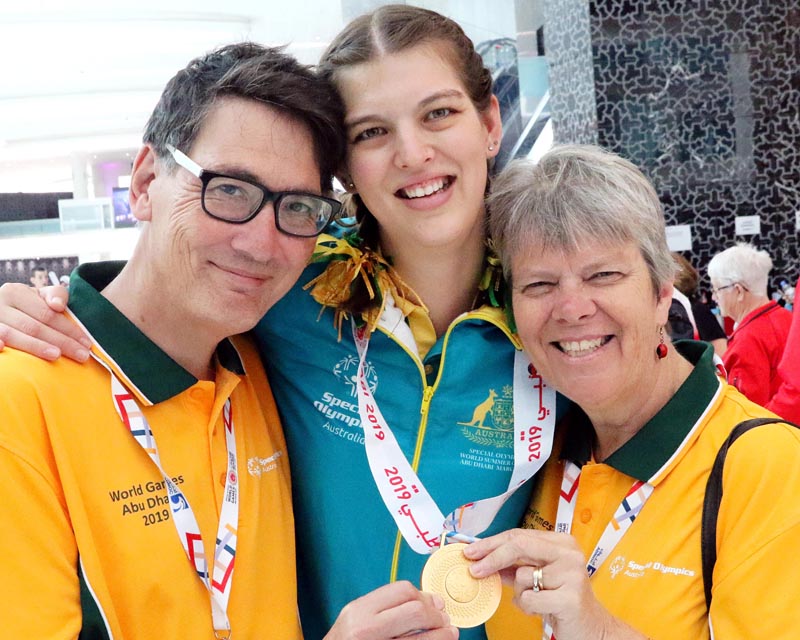 GEARING up for the run of her life, Bronwen Elliott will join a group of other mums at the Sydney Running Festival this Sunday to raise funds for the not-for-profit Recreation Sports and Aquatic Club (RSAC).

The Bankstown-based RSAC helps 600 people with disability of all ages participate in sporting and social programs on a regular basis, with over 6,000 attendances annually.
Bronwen’s daughter, Hannah Samedan, 29, who started in the basketball program 13 years ago, is one such member who has benefited enormously from RSAC support, winning gold in the Special Olympics in April.
Hannah’s RSAC team mate Beau Lawson also won gold at the Special Olympics world games in the mixed basketball.
But it’s not just on the field that Hannah’s scoring gold, with Bronwen saying that her confidence has soared.
“RSAC has made a huge difference to Hannah’s life; she used to be so anxious and had trouble getting out of the car sometimes but now is just amazing.
“She needed an environment where people involve, communicate and reassure her; it’s not just sport, it is also social.
“I am just so grateful and I want to raise funds to continue the great work this organisation does.”
To this end, Bronwen decided to take part in her first 3.5km marathon in the Sydney Running Festival on September 15 and is seeking sponsorship.
If you can help, go to https://srf2019.gofundraise.com.au and make a donation to support RSAC and its vital work.