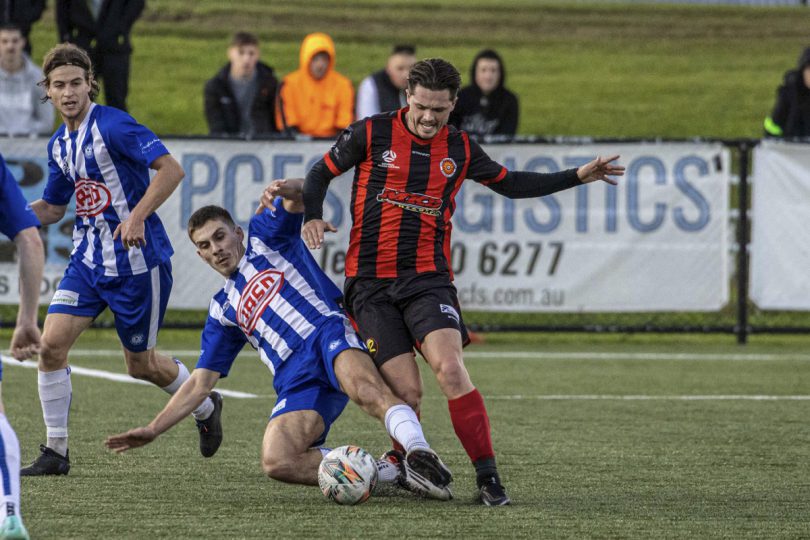 SYDNEY Olympic are a win away from top spot in the National Premier Leagues NSW Men’s competition after their 3-1 victory over local rivals Rockdale Ilinden at Rockdale Ilinden Sports Centre on Sunday evening.

Ilinden were down to the bare minimum on the playing roster through injuries, including inspirational skipper Danny Petkovski, but it would prove no excuse in a full blooded game that promised and delivered plenty.
The visitors got off to a flying start after Irish striker Roy O’Donovan netted a brace by the 11th minute of the tie before Alec Urosevski reduced the deficit with a thumping left-footed drive in the 20th minute.
The goals kept coming in the opening half when Oliver Puflett found the net with a splendid curling effort from the edge of the box.
It proved the final goal of an end-to-end fixture and a vital three points for Olympic in the chase for finals football.