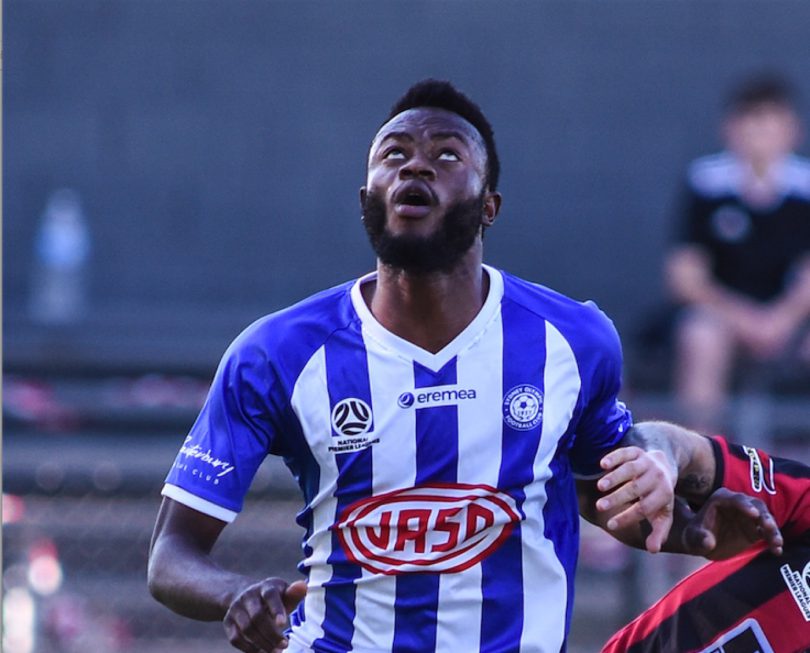 A DRAMATIC last-minute strike from Fabio Ferreira has helped Sydney Olympic snatch a 2-1 comeback win against Marconi Stallions at Marconi Stadium on Saturday.

Trailing 1-0 with less than five minutes left on the clock, Olympic scored two quick-fire goals against a shocked Stallions outfit to claim an unbelievable victory.
Marconi started the stronger of the two sides and dominated the early proceedings with Mitch Mallia in almost unstoppable form.
It was a moment of Mallia brilliance which opened the scoring in the 48th minute after the mercurial midfielder’s skilful turn helped him beat a defender before firing in a dangerous cross which was deflected into the back of the net by Olympic.
Mallia hit the post in the 77th minute, and it proved to be a turning point in the match with Olympic grabbing their lifeline and turning the game on its head.
The visitors were rewarded for their efforts in the 85th minute when they were awarded a penalty for handball which captain Jason Madonis cooly converted from the spot to level the score at 1-1.
There was yet another twist in the tale, and it came deep into added time with Ferreira hitting the winner from only a few yards out after a sensational run and cross from Go Hayama to secure all three points. It was his third of the year and a memorable one that could prove huge at the tail end of the rebooted season.