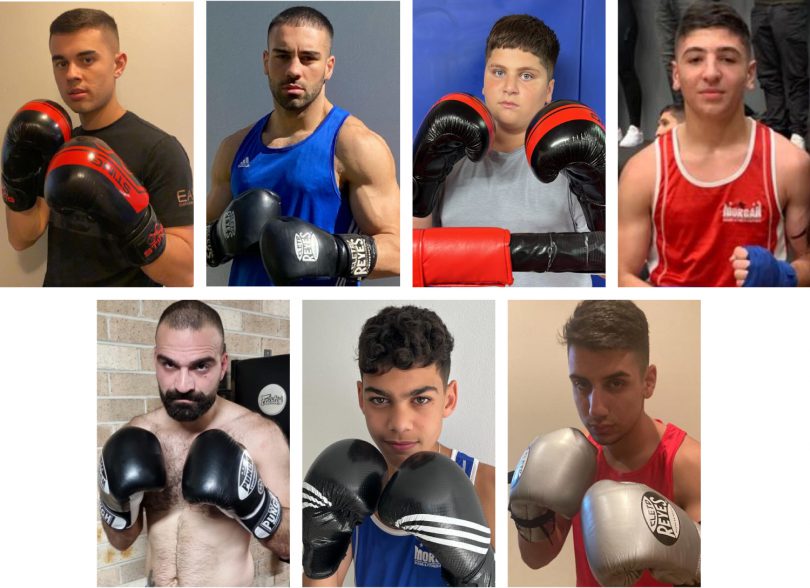 Peter Kazzi – the trainer for Charbel Taouk, Lorenzo Barbalace, Alex Grippa, Ashton Bell, Georgio Tadros, Johnny Taouk and Kazzi – says all competitors offer a hugely entertaining fighting style.
“Two standouts will be Alex with his devastating punching power and 13 fights to his name and Charlie with his relentless style of extreme pressure and ring-craft,” Peter said.
“Charlie has 20 fights to his name and is looking to compete in the 2024 Olympic Games.”
Others include the skilful Lorenzo with one fight, Johnny ‘The Tiger’, a power puncher with two fights under his belt, Georgio Tadros, a technical fighter with two fights, and Ashton and Charbel who are making their amateur debut.
Also hoping to pack a punch, are Ahmad who has had 17 fights, Jawad Reda who has had three fights and Youssef Wehbe who has fought twice before.
There will also be a ‘Fighter of the Night’ prize, the ‘Marrickville Mauler Award’, presented by non other than Fenech himself.
General Admission tickets: $60; ringside table tickets, $2,000 (10 people); and VIP Stage Ringside tables tickets, $2,500 (10 people).
To buy tickets, call the club on 9559 0000.