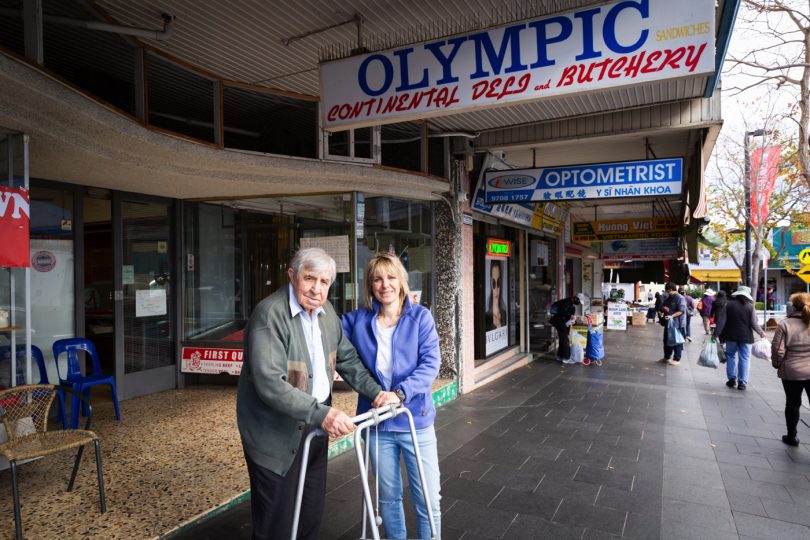 Family grateful to all customers.

SERVING generations of locals, Sydney’s longest running delicatessen, Olympic Continental Deli, has closed its doors after 65 years. The second oldest store in Bankstown Plaza after Hartnell’s women’s clothing store, which has also now shut, Olympic was established by the Karpouzis family.
Panagiotis (Peter) Karpouzis migrated to Australia in 1948 from the village of Paleokipos, Lesvos.
He became business partners with Manolis Lagoutaris in a milk bar at Guildford. An opportunity arose to lease premises on Chapel Street, Bankstown, and Manolis and Panagiotis opened Olympic Delicatessen there in 1956.
Australia was buzzing with excitement because of the Melbourne Olympics and the bricks they used for a shop renovation had the Olympic rings embossed on them so they named the new shop, ‘Olympic’.
At that time, delicatessens were the trojan horse of the Australian cuisine; they initially only imported goods across Europe to cater for the European migrants.
Could anyone imagine an Anglo-Australian eating a mortadella or Hungarian salami sandwich in the 1960s and 1970s?
Catering for their customers’ range of needs and tastes, Manolis and Panagiotis learnt how to make smallgoods, smoke their meats and make their own continental sausages.
Over the decades, Bankstown has changed dramatically; Chapel Street became a plaza; the generation of central and eastern Europeans passed away; and Bankstown shopping centre was built.
Manolis passed away in 1980 and Panagiotis retired four or five years ago, with daughter Joanne at the helm since then.
“I’ve worked here for 30 years and I’m now caring for dad and mum who has dementia,” she said.
“I’ve been in mourning for the shop for a while now because it was getting too much for me; I have a nephew who doesn’t live in Australia but if he did, we may have continued as he loved it.
“It’s not easy to leave, me and my two sisters were born upstairs, this is our second home. But after working 50 or 60 hours a week, it’s time to say goodbye.
“Also Covid knocked us around last year and we had a big drop in business; most younger people now would rather shop at a supermarket, so it’s definitely time to go.
“Dad, mum, my sisters and myself would like to thank all of our wonderful customers over the years; we will miss you more than you know.”