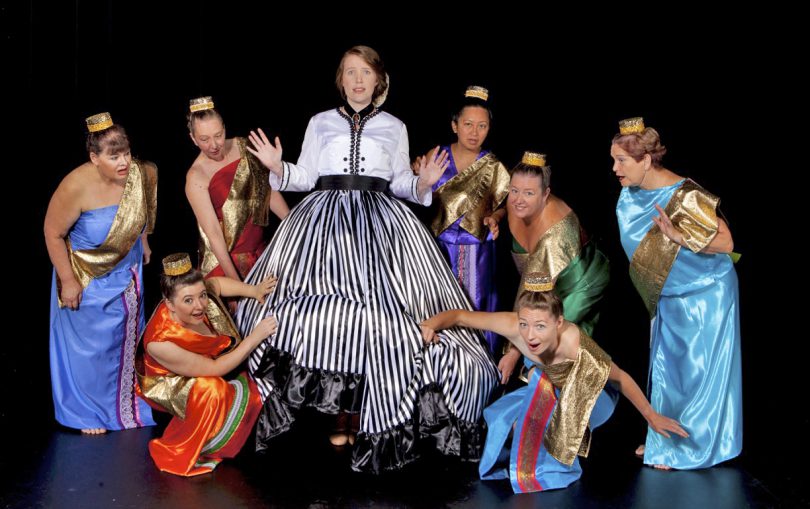 BANKSTOWN Theatre Company players are over the moon they are at last able to present the postponed production of the ‘The King and I’ after having to cancel their entire 2020 season last year due to Covid.

Opening May 14 for eight performances at the Bryan Brown Theatre, this production has a cast of over 70 performers, accompanied by a full orchestra under the baton of Ian Buchanan.
Director Richard Blomfield said despite ‘The King and I’ being 70 years old, its messages about colonialism, racism, gender equality and the conflict between modernity and traditionalism, made it as timely as ever.
“The King and I’ was the fifth musical by composer Richard Rodgers and dramatist and lyricist Oscar Hammerstein II,” he said.
“It is based on Margaret Landon’s novel, ‘Anna and the King of Siam’, which in turn is derived from the memoirs of Anna Leonowens, governess to the children of King Mongkut of Siam in the early 1860s.”
Originally a star vehicle for Broadway veteran Gertrude Lawrence, ‘The King and I’ became synonymous with Yul Brynner, who eventually played the role of the King an astounding 4,625 times on stage and starred alongside Deborah Kerr in the movie adaptation, winning an Academy Award as Best Actor.
Bankstown Theatre Company’s production promises a stellar cast, a corps de ballet, stunning costumes, wonderful sets and of course, the glorious music of Richard Rodgers. Suitable for all ages.
Bookings at bankstowntheatrecompany.com.