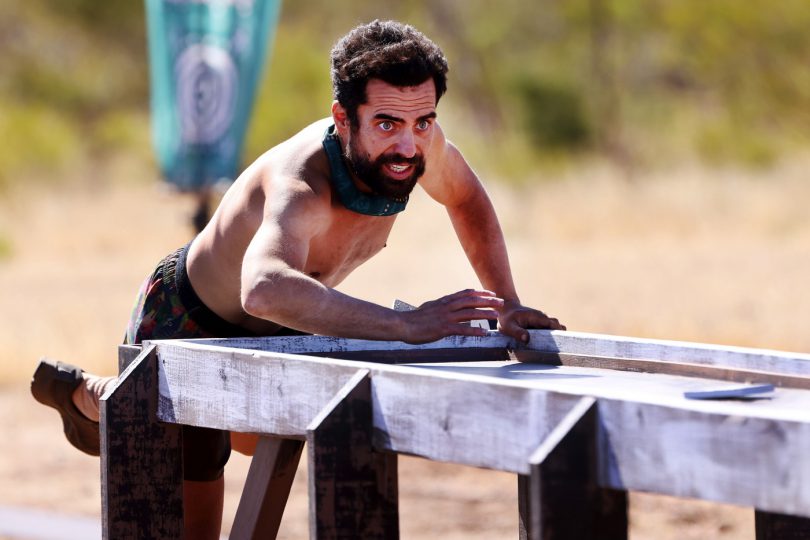 HE wasn’t crowned Australian Survivor King but Bankstown public servant George Mladenov came runner-up and says it will be an experience he will treasure forever.

“If I had to lose the crown to anyone, I am pleased it was ‘Queen Hayley’ who was the only other person who deserved it,” he said.
The show initially featured 40 contestants or “castaways” marooned in an isolated location and who must provide food, water, fire and shelter for themselves with meagre supplies. The contestants compete in various challenges for rewards and immunity from elimination, with the last man or woman standing taking home $500,000 in prize money.
Noticeably slimmer after his 48 days roughing it in the outback, facing one gruelling challenge after another, and only eating a fistful of rice and lentils a day, George said his first burger took a bit of getting used to.
“I was also exhausted after staying awake most nights to strategise with the others,” he said.
“But after sleeping on the dirt, my back has never felt so good and I would recommend it to anyone with back issues to camp out in your yard for a few nights.”
George said he wasn’t shocked at how far he was able to go in the competition.
“From day one, I was backing my own judgement and skills of influence,” he said.
“I felt like my whole life had been preparing for the show thanks to great mentors who taught me if you have confidence and stand up and fight, then good things will happen.
“My mother and sister were just as shocked as the rest of Australia watching me in the grand finale and seeing me stand on that bed of nails for hours; that was after they saw me outwit and outplay everyone else to get to that point.”
Though still passionate about politics and promoting Bankstown, George hopes to explore further opportunities in TV and radio.
“I really enjoy walking through the Plaza and having essential workers come up and say, ‘is that you George?’; it makes me so proud to be from Bankstown and I hope curious viewers will come and see what King George’s Bankstown is all about.”