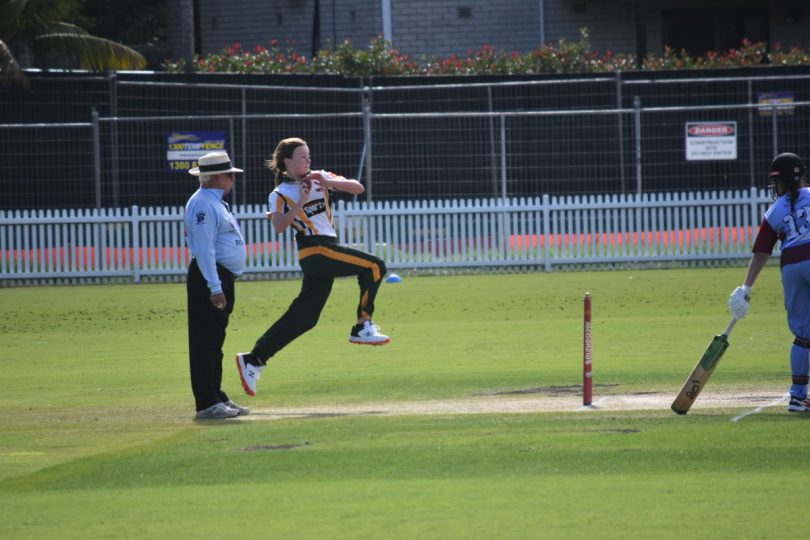 BANKSTOWN Sports nearly had the clean sweep until First Grade went down, unable to chase 109 in their first defeat of the season.

Winning the toss and electing to bowl, Bankstown Sports had Universities 2-16 after 5 overs.
Cynthia Coghlan got the breakthrough with her first, first grade wicket thanks to a great catch by Tyra Cooper. Cynthia ended up with 2 wickets, Samantha Devlin had 2 while Angelina Genford was the pick with 3-10 off her 4.
It was a woeful start for Bankstown’s batters and they finished 9-89 with Angelina achieving 42 not out.
In contrast, Bankstown Sports 2nd Grade had a terrific win against Universities on the back of great fielding that restricted the opposition to 6-76 off their 16 overs.
They were able to set 4-92 with Mridula Thirupathy 34no and Chrissa Stathis 24 the top scorers.
An all round performance from Bankstown Sports 3rd Grade, help them achieve their first victory of the season.
The U18 Brewer Shield team had a comfortable win too against Universities after a dominating bowling display.