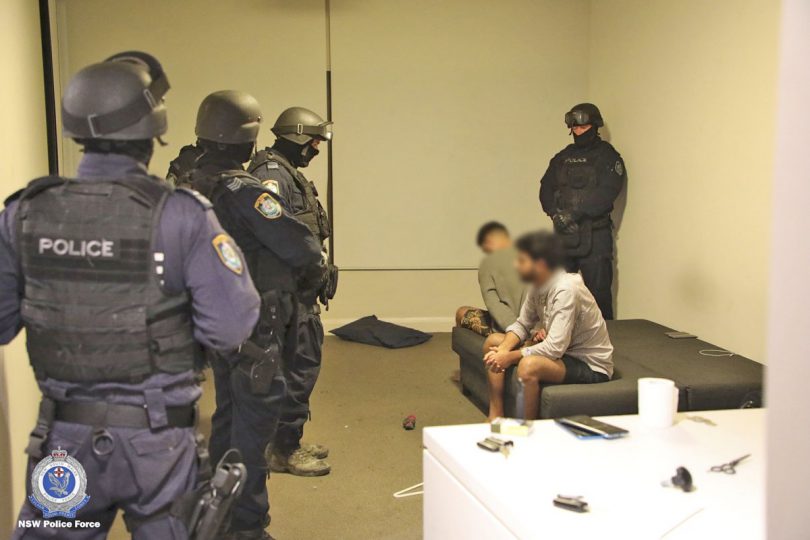 POLICE raided an apartment in Sydney Olympic Park and charged four men as part of an investigation into more than $2 million in suspicious electronic money transfers.

The four aged 22, 23, 26 and 27, were among nine people on student visas who were arrested last Tuesday by Strike Force Beswick which was formed last October to investigate a criminal syndicate allegedly laundering the proceeds of crime overseas.
It’s alleged the syndicate transferred more than $2.4 million through about 475 electronic money transfers, using fraudulent identity documents.
Police will allege in court the men targeted people through cold-call phone scams, before transferring the funds overseas through fraudulent bank accounts.
Financial Crime Squad Commander, Detective Superintendent Linda Howlett, says strike force investigators are conducting inquiries to locate other persons involved in the syndicate and urged members of the public to be vigilant when receiving cold calls from unknown numbers.
“The most important advice we provide is to simply hang up,” she said.