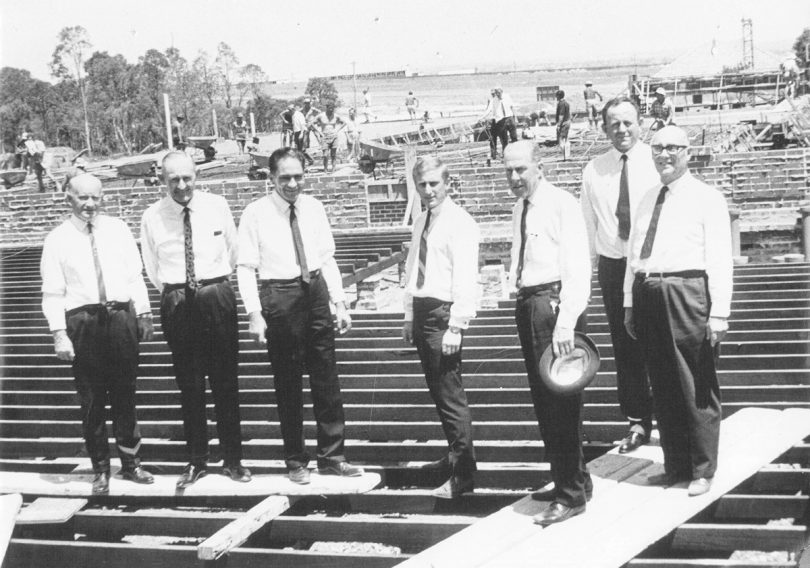 Former Chairman and Editor Phil Engisch and present Chairman son John (middle) with members of the Board of Directors inspecting the early construction of the Torch offices in Allingham Street and below left, the building’s entrance and the new Torch offices, which opened in January.

From 1956 to 1959, David Joseph Scanlon, ‘a man well liked by everyone’ then unidentified and known only as ‘The Kingsgrove Slasher’, broke into homes and attacked 25 sleeping girls and women by slashing their clothes with knives, scalpels and razor blades – eventually moving on to cut the women’s bodies too. 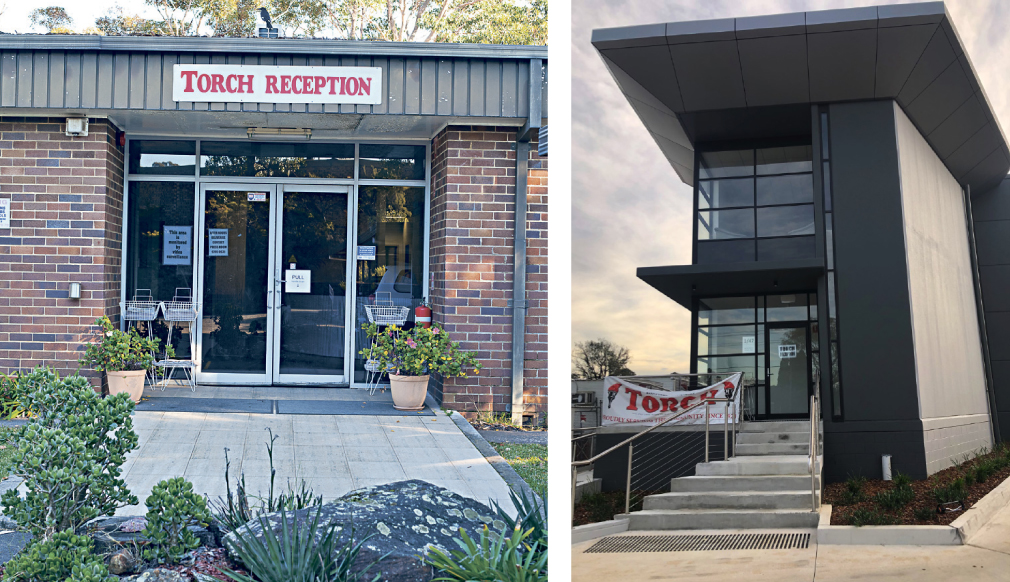 Fleeing the scene on his last night of mayhem, Scanlon ‘virtually ran into the arms of arresting officers at the foot of Nannygoat Hill, near Turella Railway Station’ and the chase for Sydney’s terroriser was over.
In another shocking incident in July, 1969, a Cessna 182K aircraft crashed into the waters of the Burrendong Dam, near Wellington, NSW.
The aircraft was owned and piloted by Bass Hill resident Alderman Arthur Samuel Laundy (father of pub king Arthur and grandfather of former Federal MP for Reid, Craig).
On May 27, 1980, during a visit by Her Majesty Queen Elizabeth II, Bankstown was accorded city status; the royal visit was covered across six pages in Torch.
The rapid post-war boom in development, reflected the Government’s immigration policy, making Bankstown one of the most multicultural cities in Australia.
Other newsworthy events include the Father’s Day bikie massacre in 1984, Town Hall burning down in 1997, the Lakemba police station shooting in 1998 and the Skaf serial rapist gang jailed in 2000.
That year was also one of celebration with the $42 million Dunc Gray velodrome cycling venue opening in time for the Sydney 2000 Olympics.
A landmark shopping centre since 1966, Bankstown Square was transformed into Centro Bankstown in 2008 and re-branded Bankstown Central in 2013.
The establishment of the shopping centre was a moment of significance in the development of Bankstown as a satellite centre of south-western Sydney.
In the past year, Torch has farewelled two local legends with Olympic swimming coach Donald Malcolm Talbot AO OBE passing away on November 3, 2020, and his protege, John Konrads, who set 26 world records, passing away on April 25, 2021.