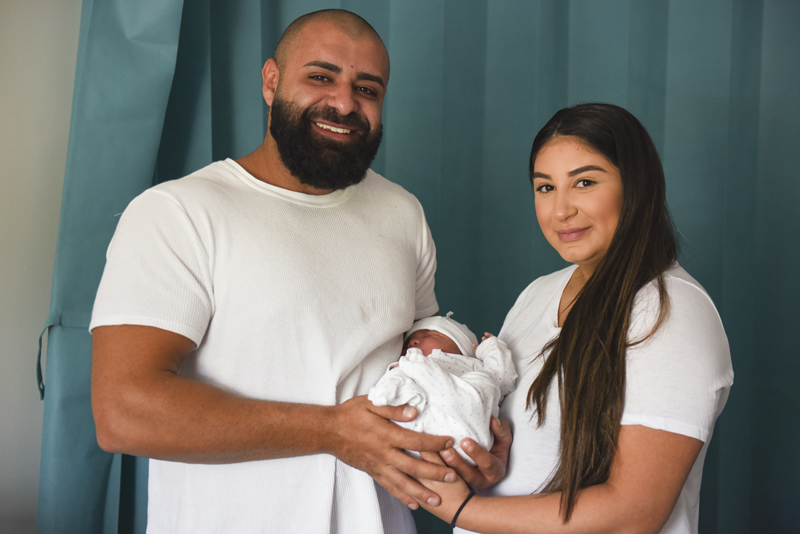 NEW mum Rayan Alameddine described the contractions she felt on New Years Eve as her own “personal fireworks”.

The 20-year-old gave birth to a son, Jamal Tabbaa, by caesarian at 10.14am at Canterbury Hospital and said he was supposed to be born on January 6 but proved a bit too big for her to continue carrying.
“He was 4.1 kilograms when he was born,” she said.
Named after her father-in-law, she added with a laugh that being the first grandchild on her husband’s side of the family, the new baby was getting plenty of attention.
Jamal is the first child for Rayan and her husband, 26-year-old Samer Tabbaa who have been married for nearly two years.
“It’s a bit hard at night at the moment but I am loving every single moment of it,” Rayan said.
“It’s the best feeling in the world. I have my own day care at home and used to work in a child care centre so everything is coming pretty naturally to me.
“My husband has been very supportive although he isn’t too keen on changing the ‘heavier’ nappies.”