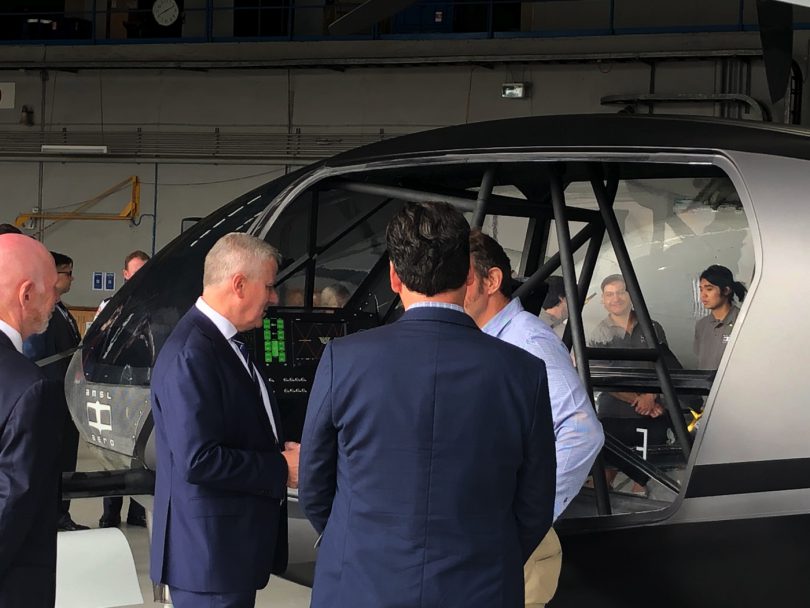 Being developed in partnership with Australian aeromedical organisation, CareFlight, and the University of Sydney, it could mean the deployment of electric flying air ambulances within a few years, which will initially be flown by CareFlight pilots.
CareFlight is also providing expert advice and input into the aircraft design to ensure it is fit for medical purposes.
Vertiia is an electric vertical take-off and landing (eVTOL) aircraft, cruising at a speed of 300kph, and traveling up to 250km (electric) or 800km (hydrogen).
It has potential applications across almost unlimited regions and industries – including one day as flying taxis you could summon with a smartphone – however co-founder and CEO Andrew Moore said they wanted to launch where the need was urgent and the impact would be profound and life-saving.
“Unlike aeromedical planes that require a runway, Vertiia will carry patients directly from any location straight to the hospital, significantly reducing the complexity and time transporting vulnerable patients,” he said.
“It will also be quieter and safer than helicopters, and will eventually cost as little as a car to maintain and run, transforming aeromedical transport into a far more affordable, accessible, safer and reliable option.”
It is being built at AMSL’s aerodrome at Bankstown Airport, with test flights to take place at its facility in Narromine Airport in regional NSW.