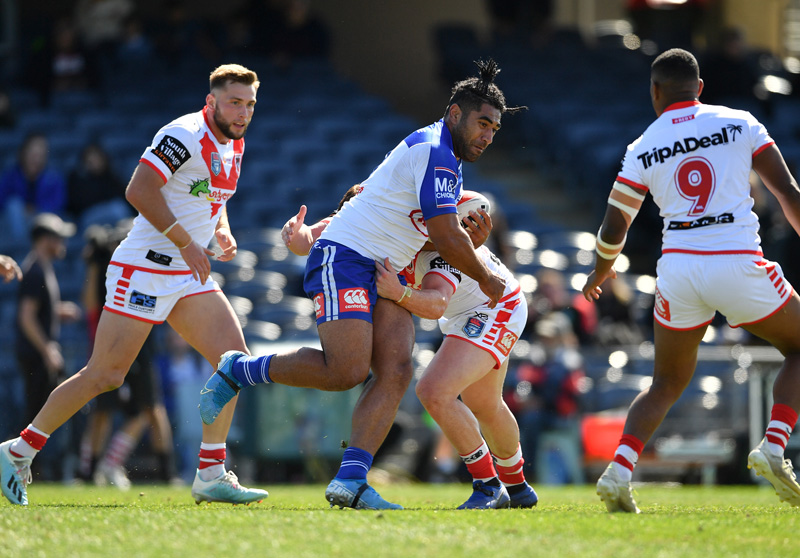 THE Bulldogs will face the Magpies in a sudden death semi-final in the NSW Canterbury Cup after going down by two points in extra time against St George.

Last year’s premiers led 20-10 at half time and looked to have won their ticket to the grand final before the Saints fought back in the second half.
With the scores locked at 22-all in an entertaining match, it was a penalty goal from the Dragons in the 86th minute that proved the difference.
Bulldogs Canterbury Cup coach Brad Henderson said he’s pretty pleased with the team’s consistency, considering it was very much a development year, using a lot of part timers, 11 of them Jersey Flegg players.
Canterbury Bankstown take on the Wentworthville Magpies in an elimination semi-final this Saturday at Leichhardt Oval at 1.05pm.