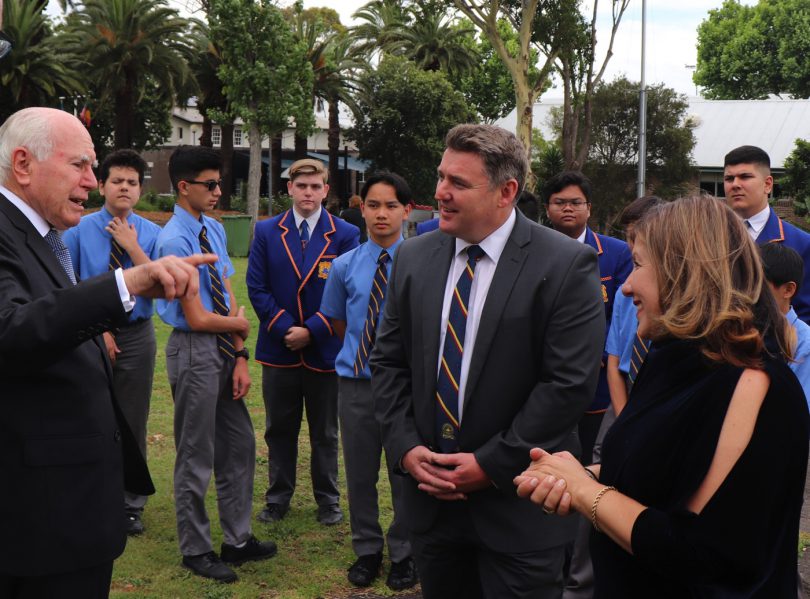 CANTERBURY Boys’ High School will name its new school hall after its most famous alumni, former Prime Minister John Howard, after being approved last week for a multi-million dollar upgrade.

The suggestion for the hall’s name came from State MP for Canterbury, Sophie Cotsis, who wrote to Education Minister Sarah Mitchell in 2019 and lodged a petition in the NSW Parliament, pointing out the school had been without a hall for nearly 40 years.
Mr Howard graduated from the school in 1956 and went on to become the first Liberal Prime Minister entirely educated in the public school system.
Founded in 1918, Canterbury Boys’ original hall was converted into a library in the 1980s.
Since then, teachers and students have had to use outdoor areas and the local club to host assemblies and special gatherings.
“Thank you to everyone that signed the petition,” Ms Cotsis said.
“I would like pay tribute and acknowledge Principal Ross Dummett, the school P&C and all the staff for the selfless work they do each and every day – particularly during the Covid-19.”
Ms Cotsis was joined at the school by Mr Howard and NSW Treasurer Dominic Perrottet who made the announcement.
“Our students are the future of our nation and we cannot let any challenges hinder their opportunities to reach their potential,” Mr Perrottet said.