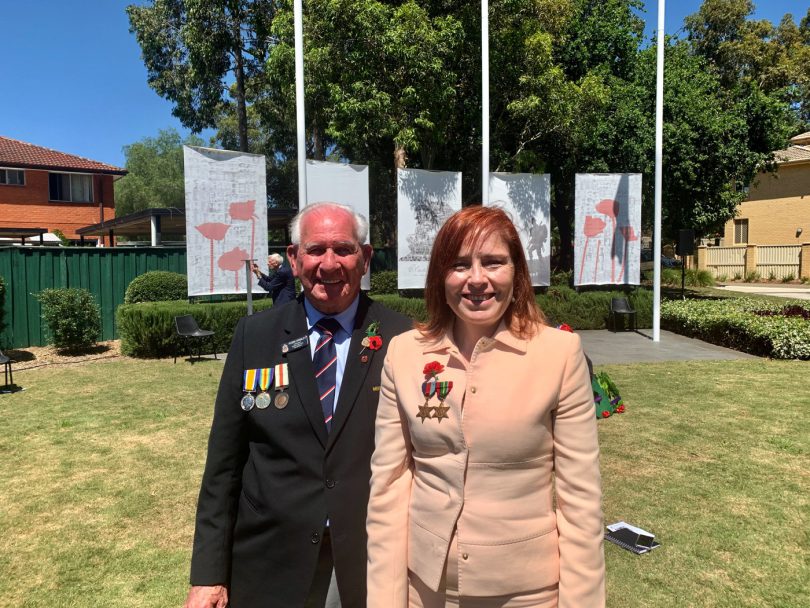 SERVICES were held in Auburn and Merrylands on Wednesday for Remembrance Day, honouring the moment at 11am on November 11 in 1918, when the battlefields in Europe fell silent and brought World War One to an end.

State MP for Granville, Julia Finn, joined commemorations in Charles Mance Reserve, which was named after the long-time Merrylands resident who was one of the last remaining WWI veterans, and the last member of the 22nd Battalion, 1st AIF.
“Due to Covid-19 restrictions, it was a much smaller gathering this year but just as significant,” she said.
“[I was] so pleased Hilltop Road Public School still participated with school captains laying a wreath.”
Earlier in the week, State MP for Auburn, Lynda Voltz, joined members of the RSL sub-branch to lay a wreath at the Lidcombe Memorial and on Wednesday, she also attended the service at the Auburn War Memorial.
“It was great to see not only local servicemen and sub-branch members, but student leaders from schools across the community in attendance to pay their respects to the men and women who have sacrificed so much for us,” Ms Voltz said.