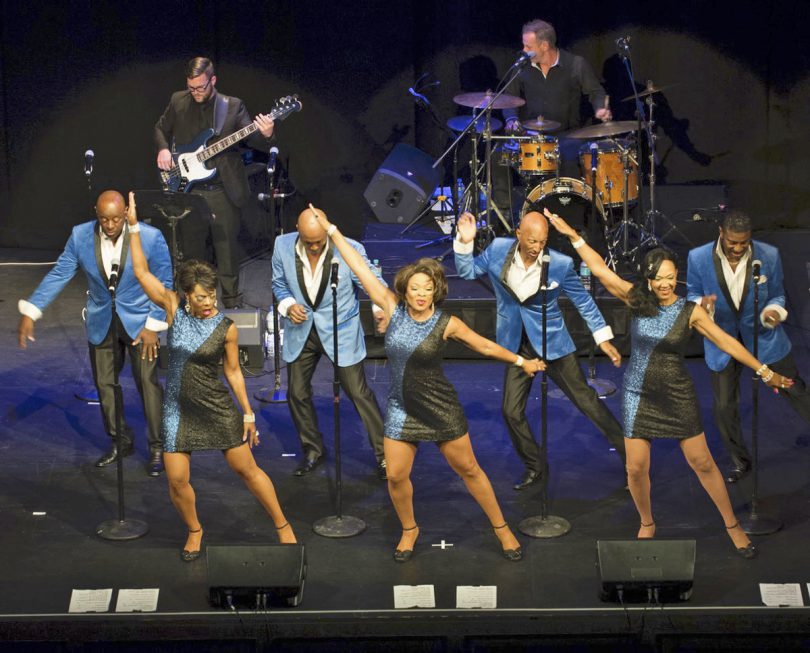 BE prepared to be taken on a musical adventure of a lifetime when ‘Songs in the Key of Mowtown’ swings into Bankstown Sports from Las Vegas at the end of this month.

The spectacular live concert production features Spectrum (pictured), first-class vocalists that draw upon the talent of radiant voices and diverse personalities.
They have spent six stellar years recreating the sound and style of the Four Tops in Vegas’ multi-million dollar production shows ‘American Superstars’ and ‘Legends In Concert’ covering the music of groups from the Platters and the Temptations to Boyz 2 Men.
They will also being paying tribute to the music of The Supremes, Martha & The Vandellas, The Marvelettes and other female artists from that amazing musical time.
Transporting audiences back to an era that formed a major cornerstone in American music of the 60s and 70s, this show’s costuming, choreography, harmonies, energy and excitement are second to none and not to be missed.
Catch them at Bankstown Sports on Saturday, July 30, from 7.15pm, with tickets, $50, at bankstownsports.com or 9722 9888.