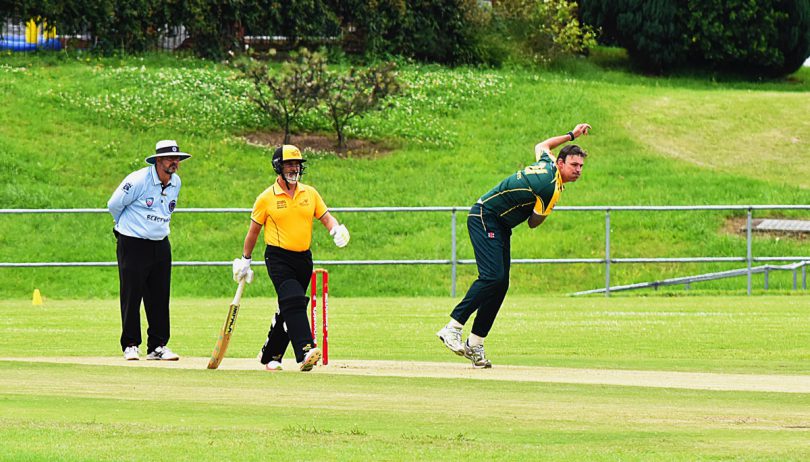 THE bowlers led the attack for Auburn Eagles in their first grade clash with Mt Prichard, but the batsmen couldn’t finish the job.

In another 50-over round due to Covid, the Eagles attack was led by young pace bowler Yasir Ali’s bedazzling spin, who was well supported by Blake Pearson 3-18, Mark Bursa 3-15 and Ardil Domingo 2-37.
The Mounties’ batsmen were all out for only 125.
Great bowling is not enough if not supported by sensible batting and the Eagles were all out for 72 with only Corey Lowe 23 and Yasir Ali 22 getting runs.
Auburn sits fourth on the Sydney Shires ladder but tops the Club Championship table.
In Second Grade, the Eagles sent the Mounties in to bat and vindicated the decision by having them all out for 86. Tim Marlin did the damage with 5-10 supported by John Goulding 3-10.
The Eagles got to 7-88 in 27 overs to earn the extra Bonus Point. Jas Singh starred with 43 not out.
The third grade Eagles had another win albeit close. They kept the Mounties to 103 and passed them at 9-104 after 49.2 overs. Shan Naeem took 3-20 and Brayden Holdstock 3-12. Naeem also scored 37 runs with Fletcher Butterfield supporting with 24.
The Eagles’ Frank Gray youth representatives kept the top of the ladder Georges River team to 7-158 after 50 overs. They were all out for 86. Only Paramraj Randhawa put up a fight with 49.
Fourth grade saw a tight tussle with the Mounties scoring 172 but going down to the Eagles 7-175.
The fifth grade Eagles batted first for 9-175 off 50 overs. A great 58 by Ray Noori paved the way, supported by Sanketh Gitte 24, Khubaib Abdullah 31 and Kevin Pathirane 21. Georges River were bowled out for 154 with Pathum Lenaduwa taking a superb 6-28.
With a bye next week, the Eagles won’t return to the pitch until the New Year.