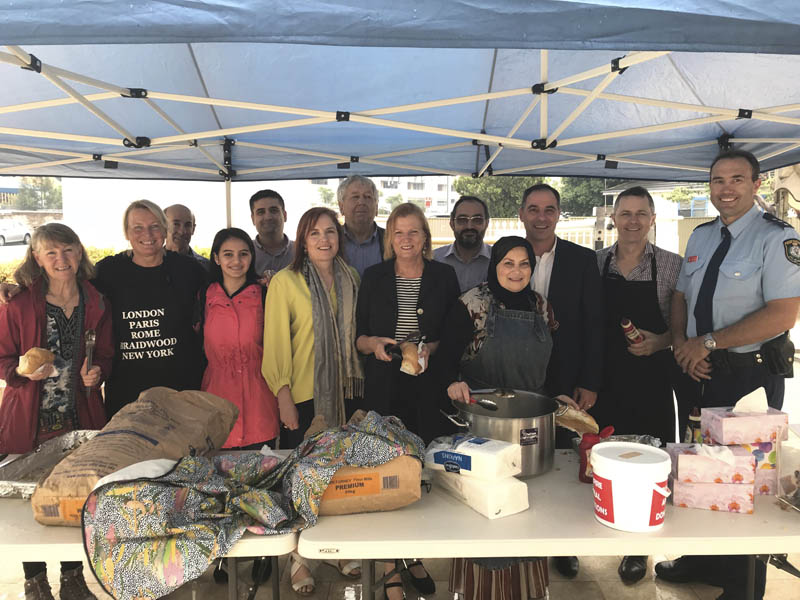 Representatives from number of community groups, including the Salvation Army, Auburn Islamic Community Centre and NSW Police, joined Federal and State MPs Jason Clare, Julie Owens, Jihad Dib and Julia Finn, along with former MP Laurie Ferguson for the event.
President of Auburn Gallipoli Mosque, Dr Abdurahman Asaroglu, thanked everyone who contributed to the day’s success.
“Although the rain has brought with it some much-needed relief from the bushfires – the crisis is far from over with many communities still reeling from devastation brought on by these fires,” he said.
Ms Voltz said the generosity showed the strength and great spirit in the Auburn community in responding to a crisis.
“Many people across Auburn have experienced destruction similar to that caused by the bushfires in their homelands and are able to empathise with the people across NSW who have suffered from the bushfires,” she said.
A large number of non-perishable items were also donated on the day, including food items, nappies and personal hygiene products.